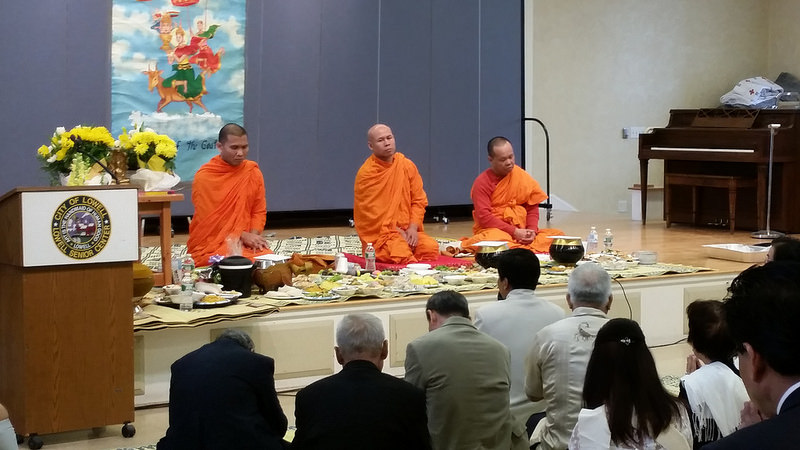 It was a quiet week in Lowell politics.  When I posted my notes on Tuesday’s City Council meeting, I mentioned that it had been the “least substantive” meeting of this council term.  That’s not meant as a criticism; just an observation.

This coming Tuesday’s meeting contains some interesting items.  The quarterly report on overdoses tells us that there were 230 in Lowell during January, February and March.  That averages 2.6 per day.  By far the most active neighborhood was downtown with 65.  It was followed by Centralville with 31, the Acre with 29 and Back Central with 28.  Sixty-six of the patients were female with an average age of 38 and 164 were males with an average age of 37.

One thing of substance that did come up last Tuesday arose at the end of the meeting under a suspension of the rules brought by Mayor Elliott.  He informed the council of a meeting that he and Councilor Rita Mercier had been at the day before at Lowell General Hospital on the topic of overdoses.  They both spoke of a proposal in the state legislature to double the number of beds at the Tewksbury State Hospital for addiction treatment and asked to have the council pass a resolution urging the legislature to fund this needed expansion.

That resolution is actually on the agenda for this coming Tuesday night’s meeting.  It calls for the addition of 32 beds to the drug and alcohol treatment unit at Tewksbury State Hospital by the end of 2015 and it asks for a study of the possibility of creating a new, 150-bed facility at Tewksbury.  Presumably the council will pass this unanimously.  Hopefully the legislature and the governor will enact it since more treatment beds are desperately needed.

There are also quite a few motions on the council agenda for Tuesday among them are motions by Councilors Rourke and Samaras related to a possible new high school and two by Mayor Elliott concerning the Lowell Regional Transit Authority. 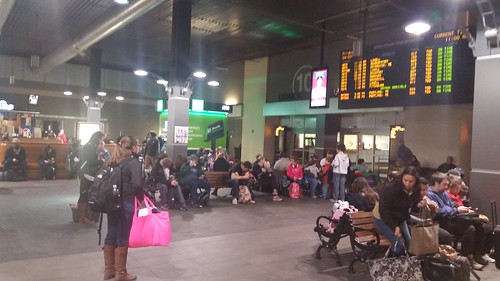 Speaking of transportation, this coming Wednesday from 430pm until 7pm at the Mayor’s Reception Room at Lowell City Hall, representatives from the Northern Middlesex Council of Governments will be present to receive public input on NMCOG’s Regional Transportation Plan.  Although people may come and go anytime during that 430 to 7 window, I’m going to try to be there throughout, both to see and hear what is going on but also to informally speak with those who show up about improving walkability, bike-ability and public transportation in Lowell.  I urge everyone interested in those topics to stop by City Hall on Wednesday night.

Congratulations to Lowell’s Cambodian community for staging a wonderful New Year’s celebration yesterday at the Lowell Senior Center (thanks especially to all the sponsors who made the event possible).  The event featured blessings from Budhist monks, a full (and free) buffet luncheon of traditional Cambodian foods, and cultural entertainment by the Angkor Dance Troupe. 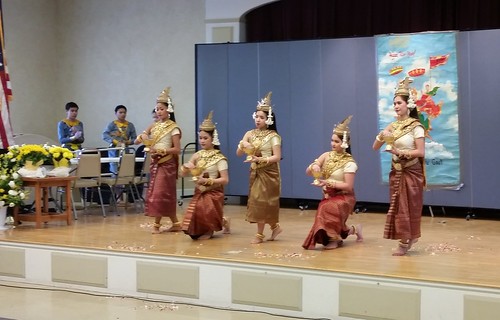 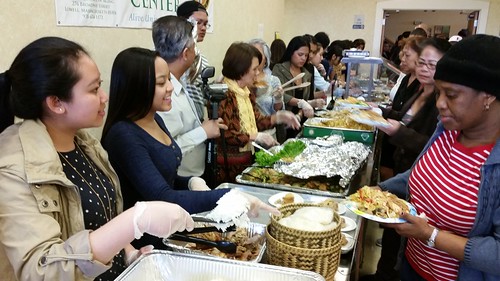 The Cambodian community will continue its city-wide celebration of the “Year of the Goat” on Thursday with a Khmer Flag Raising at City Hall at 10am and on Saturday with outdoors New Years festivities at Clemente Park.

Also on Thursday (April 9), the KhmerPost USA (Lowell’s Cambodian language newspaper) will host its quarterly Press Club event at Lowell Telecommunications Corp from noon until 2pm.  These Press Club events provide an important opportunity for members of the Cambodian community to meet with city officials and discuss the issues of the day.  This Press Club will focus on plans to install a Cambodian monument on the grounds of Lowell City Hall and also other plans by Lowell’s Cambodian community to erect a statue near Clemente Park in the Lower Highlands.  Roger Pin, the publisher of the KhmerPost USA, wrote an editorial describing the purposes of the Press Club.  Fortunately, it was translated into English and I was permitted to post it on this website.  It’s worth reading.

A grass-roots, non-partisan group called Lowell Votes (of which I am a member) had its initial public meeting this past Wednesday night at the Pollard Memorial Library.  The 50 people in attendance heard a brief presentation on low voter turnout in the last few city elections and discussed ways that turnout might be increased.  Making a greater effort to inform people of all of the critically important things that are the responsibility of city councilors and school committee members was perhaps the most important task, according to the group.  I’m in complete agreement.  As I often say, a City Councilor has a bigger impact on the quality of life of every Lowell resident than does the President of the United States, yet in a presidential election, 34,000 people vote but in a city council election, only 10,000 go to the polls.  The next Lowell Votes meeting is Monday, May 4, 2015 at 6:30 pm at the Pollard Library.  If you’re interested in this topic, please come to the meeting.

150th anniversary of the end of the Civil War Thursday, April 9, 2015 is the 150th Anniversary of the surrender by Robert E. Lee of his Confederate Army of Northern Virginia to the Union forces under the command of Ulysses S. Grant at Appomattox Courthouse in south-central Virginia.  Lee’s surrender effectively ended the American Civil War.  More than 5000 men from Lowell served in the military during the war and 500 of them died during the conflict.  Memorial Hall, as the Pollard Library was then known, was constructed as a memorial to these men.  The library is also fortunate to have a massive painting by Paul Phillipoteaux of Lee’s Surrender.  This coming Thursday at 7 pm, the Pollard Memorial Library will host a commemorative program on Lee’s Surrender and the end of the Civil War in the second floor reference room, right alongside this painting.  This event is free and open to the public.  Please consider attending.