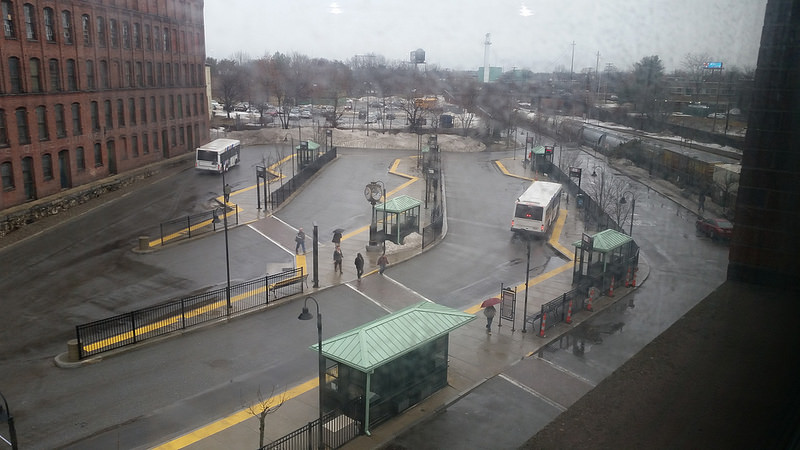 On Friday I had a meeting in Boston and for the first time in months commuter rail seemed back to normal.  The 8:25am train left Lowell on time and had only an average crowd.  When I took that same train a month ago, it was packed since two earlier trains had been abruptly cancelled.  This Friday at 4pm  North Station was filled with people boarding trains to Fitchburg and Rockport and waiting for the Lowell train to be announced.  Everything was on schedule and people seemed more relaxed. 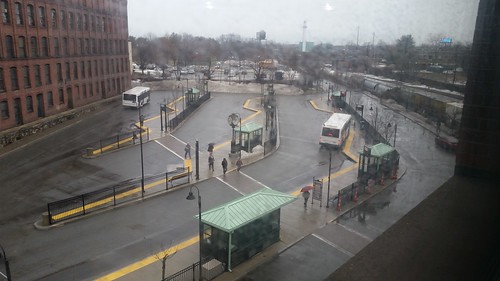 Between the challenges of riding commuter rail this winter and all the talk about making Dutton Street more walkable, I’ve been thinking a lot about our transportation infrastructure.  Just 18 months ago there was furor in Lowell about the bike lanes that had been installed on Fr. Morrisette Boulevard and like the current U.S. Congress, you were either on one side or the other of that debate.  But that’s entirely the wrong way to look at it because all of these modes of transportation are complementary, not competitive.

The more people walk, ride bikes or take buses, the fewer people will be driving cars.  Fewer cars means less congestion which benefits those who remain behind the wheel.  So next time you’re driving your car and you see someone riding a bike or walking across the street, don’t get your blood pressure up but extend a silent thanks to your co-traveler for making the road less congested.

Balancing the load among all these methods of transport doesn’t just happen; it requires a concerted effort.  A big part of that effort is making the city more walkable.  That’s a term that is often used but not very well understood.  My fear about the Lord Overpass renovation is that the engineers and designers understand walkability in a far different way than I do.  To them, it’s about adding a set of pedestrian crossing lights and a couple of white stripes at the intersection of Dutton and Fletcher and Jackson Streets.  That’s how people who don’t do a lot of walking see walkability.  If you walk a lot – which I try to do – you know that walkability is a complicated concept.  It requires other walkers so you’re not isolated.  It requires pathways that are safe and well lit but that also allow you to continue to move with only short waits at intersections.  It even means vehicular traffic, as long as it’s moving at a safe speed with drivers knowledgeable of and obedient to the law regarding bicyclists and pedestrians.

This latter point is one that is commonly overlooked.  If the city wants to put a dent in any budget deficit, just station a police cruiser alongside Santoro’s on Gorham Street and wait for a pedestrian to activate the crossing light there.  I did that four times this past week on two different days.  Each time I did, at least two cars flew through the red light long after I had received the signal that it was “safe” to walk.  Even without the light the drivers should have stopped anyway because I was in a cross walk clearly intending to cross the street.  But these drivers just flew through red lights, not because they were trying to beat the yellow, but because they were oblivious to the fact that they might be required to stop and yield to someone on foot.  That’s a blind spot in our communal mindset, one that more aggressive enforcement might start changing.

If you have an interest in making Lowell and this region more walkable and bikeable with a better public transportation system, please try to attend the public hearing on the Regional Transportation Plan on Wednesday, April 8 from 4:30 pm until 7 pm at the Mayor’s Reception Room at Lowell City Hall.  This will be conducted by the Northern Middlesex Council of Governments.  I’ll try to get some more information about the agenda for that evening – I assume people won’t have to be there for the duration – but I think this event will be a great opportunity to turnout supporters of walking, biking and buses.  If enough of us show up, maybe we can hold an impromptu session in the City Hall lobby to discuss next steps in this Lowell transportation crusade, so please save the date. 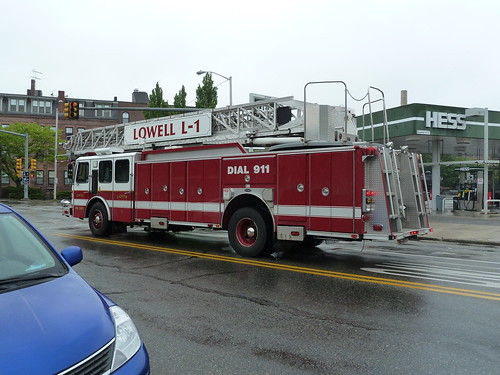 The Red Sox open a week from tomorrow in Philadelphia.  The home opener is the following Monday, April 13, at 3:05 against the Washington Nationals.  Seems funning saying that after enduring a day of snow flurries yesterday.  While this winter’s snow will just be a bad memory for most of us, I suspect the Lowell City Council will find it to be a more haunting presence over the coming months until the FY16 budget is set.  We got a preview of what’s in store at this past Tuesday’s city council meeting when a discussion arose about the practice of closing two fire stations per shift for the balance of the fiscal year due to a shortage of money in the fire department’s budget (caused by an increase in sick time usage).  Citizens and councilors are rightly concerned that such station closures create an unacceptable level of risk from fire.  When someone on the council suggested that other parts of the budget might be squeezed for funds to keep fire stations open, City Manager Murphy replied that he’s already scrutinized the budget for even the smallest surplus to find funds for snow removal which exceeded the amount budgeted by a factor of four or five.  This is a refrain we’ll probably hear repeatedly at budget time (with good reason).  My point in mentioning this is that the coming year’s budget was going to be tight be almost any measure and the cost of snow removal makes it much tighter which is not a position incumbent councilors want to be in with the city election just months away. 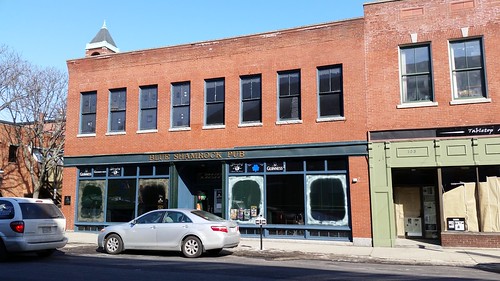 The council also had a fairly lengthy discussion about the city’s parking ordinance.  It seems that everyone at City Hall has been won over to the view that the city’s existing parking ordinance, which requires vehicle owners to pay for curbside parking from 8am until 6pm on Monday through Saturday should be enforced as written.  Through the years the ordinance has been modified in practice to apply only from 8am until 4pm, Monday through Friday.

It doesn’t seem like that long ago that some voices in the council chamber were decrying this increased enforcement as fatal to downtown businesses.  Fortunately, they’ve embraced the benefits of strict enforcement.  My own experience corroborates this view.  Any time I venture downtown during the day, I always see vacant parking spaces.  But try finding an open space at 4pm or after or anytime on Saturday and none are available.  Go back at 7am the next morning, and the exact same cars are often in the exact same spaces.  I understand the convenience to downtown residents to be able to park in a curbside space closer to home when getting home from work, but those are the spaces that should be occupied by people going to restaurants and other establishments.  To me, the reasons for strict enforcement makes abundant sense but to many people in Lowell the idea that the city is revving up parking enforcement gets a kneejerk negative reaction.  The only solution is to keep explaining the logic until most folks get it.  The new enforcement schedule will go into effect in about a month.

Left dangling is the idea of an overnight parking ban.  Such a ban would probably be a good idea for similar reasons.  Without it, a downtown resident getting home from work at 6pm has free curbside parking until 8am the next morning, filling a parking space that would otherwise be available to someone heading into a restaurant or bar.  The challenge here is how do you set the hours?  If people don’t leave downtown establishments until 1am, you wouldn’t want to start enforcing an overnight ban until after that.  So when does it apply?  Perhaps from 1am to 6am.  Still, there seems to be a lot more opposition to an overnight ban than there was to stricter enforcement so this remains unresolved.

The Board of Directors of the Massachusetts School Building Authority did vote this week to formally invite Lowell to an “eligibility period.”  That commences April 8, 2015 and runs until January 4, 2016.  During that time, the city must meet several requirements.  For example, a “school building committee” must be formed by June 8, 2015; an “educational profile questionnaire” must be completed by July 7, 2015; other deadlines come on October 5 but the big one is January 4, 2016 (which ironically is the day the new city council will be inaugurated).  By that date, the city council would have to vote to authorize the project and the city would have to enter into an agreement with MSBA to conduct the feasibility study.  It is good news that the city has reached this level but the process is long and complicated.

This coming Wednesday, April 1, 2015, at 6:30 pm at the ground floor community room of the Pollard Memorial Library, a group of people (me included) who would like to see more people vote in city elections are gathering to discuss how we might make that happen.  More than three times as many Lowell residents vote in a presidential election than vote in a City Council election, yet a city councilor has far more impact on our everyday lives than does the president of the United States.  Everyone is invited to this meeting.  The group, calling itself (for now) Lowell Votes, is non-partisan and will not endorse or support individual candidates or slates of candidates.  It’s all about a grass roots effort to get people to vote.  For more info, check out the Lowell Votes Facebook page. 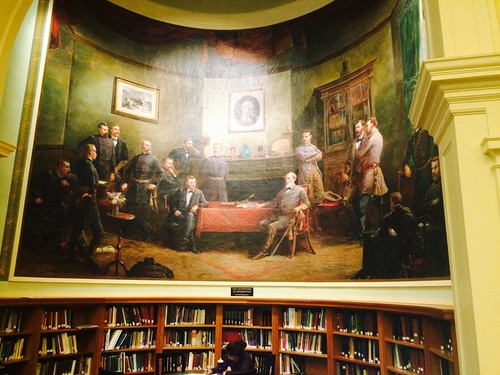 On Thursday April 9, 2015 at 7 pm, the Pollard Memorial Library will commemorate the 150th anniversary of the surrender of the Confederate Army of Robert E. Lee to Union forces under the command of Ulysses S. Grant on April 9, 1865.  Although other Confederate armies fought on for another month, Lee’s surrender effectively ended the Civil War.  There will be short talks about events leading up to Lee’s surrender (which is depicted in a giant painting in the library’s reference hall); about the history of the library and its connection with the Civil War; and other things.

This event is entirely non-political and non-partisan, but the events that came after Lee’s surrender – the period known as Reconstruction – was neither of those.  Harry Truman once said that the only thing new in the world is the history you have not yet read.  There’s an important example of that in today’s New York Times.  Eric Foner, one of America’s foremost historians, writes an op-ed in which he demonstrates that much of what divides our country today can be traced directly to that period of American history.  It is well worth reading.