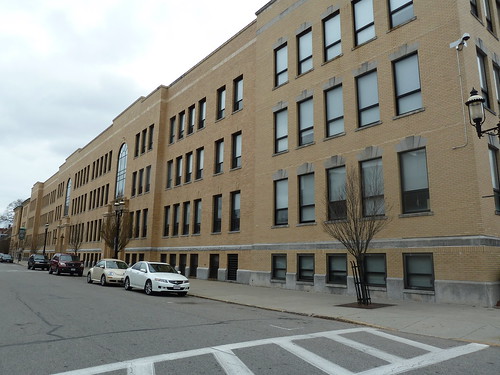 Earlier this week City Manager Murphy relayed information that when the State School Building Assistance Board this March officially releases the names of projects it will undertake, Lowell High School will be on it.  The state board will then descend on the city and conduct an assessment of whether Lowell High should be renovated in place or whether an entirely new high school should be built elsewhere.

It’s a safe bet that this news prompted Councilor Kennedy to file the following motion for this Tuesday’s council meeting:

The Education Partnership Subcommittee is chaired by Councilor Samaras and has Councilors Kennedy and Mercier as members.

The political maneuvering here in Lowell will make this a fascinating process.  The current site is not optimal – it lacks adjacent athletic fields, for example – but it’s been there since 1831.  For everyone who claims that bringing 3000 teenagers into downtown every day is disruptive to business, there’s someone else who says that the students spend substantial sums at downtown businesses and that without the students and staff, downtown would be even more deserted than it sometimes seems now.

A big question that would have to be answered before the high school was to move out of downtown would be where would it go?  When the dozen or so new schools were built back in the early 1990s, a huge challenge was finding places to put them since there’s not that much free space in the city.  Some have mentioned the South Common as a site, but I’m not sure that’s of sufficient size once you factor in parking and athletic fields and facilities.  Plus there would be a huge fight from those who would oppose the loss of such a substantial public green space.

There’s always the area near Cawley Stadium, but would the residents of Belvidere welcome with open arms the same 3000 teenagers who are supposedly so disruptive of downtown commerce into their residential neighborhood?  Because they vote in such substantial numbers (and because so many of their neighbors serve on the council), their opinions will carry more weight than folks who might live on South or Summer Streets.

Now you might say that it’s not a city issue because the state will make its decision based on an objective study.  To that I say your naiveté is refreshing.

While I can see benefits that would come from a brand new high school designed from the ground up, a precondition to me supporting any move of LHS would be some concrete proposal for what would take its place.  Fanciful notions of an outlet mall or luxury condos represent the triumph of hope over experience.  It reminds me a little of the mindset that brought us urban renewal back in the 1960s: “Let’s tear down all these mill buildings and replace them with modern new industry.”  Well, most of the urban renewal sites today, 50 years later, remain largely vacant.  We don’t want the same thing to happen between Kirk Street and Arcand Drive.

While discussing a report on vacancy rates in downtown during last Tuesday’s City Council meeting, Manager Murphy made some interesting comments about the role played by landlords in the process of bringing businesses into downtown.  I think most of us believe that if you own a building in downtown Lowell, there’s little doubt that you want it occupied by tenants.  Manager Murphy made it clear that such is not always the case: without identifying the building, he told a story of the city finding a very desirable tenant for a downtown building and then having the landlord refuse to take the tenant because he planned to sell and expected a higher price for a vacant space than one already filled with a tenant. 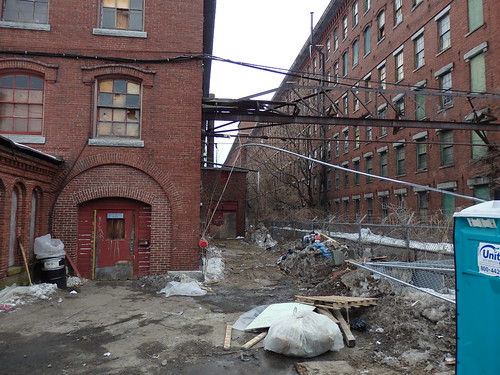 Similarly, I’m familiar with individuals or families who own multiple buildings here and elsewhere.  Their number one concern is not a thriving economy in downtown Lowell but the bottom line on the family balance sheet.  If that benefits from keeping a building in Lowell empty and in relative disrepair, that’s how the building will remain regardless of the city’s economic development efforts.  That’s something we should keep in mind when we spot an occasional gap in the storefronts of downtown.

On this Tuesday night’s city council agenda is a vote “To borrow $6,640,000 for the purpose of financing repairs to the Lower Locks and Leo Roy Parking Garages . . .”  The documentation refers to a study which found that both garages are in fair condition but are in need of repairs to concrete, drainage, stairs, doors and waterproofing.  The study also says that without these repairs the city will eventually have to replace both garages entirely which would case approximately $25 million each.

Perhaps that helps explain a motion filed by Councilor Belanger:

Request City Mgr. enforce current parking regulations according to ordinance and investigate the possibility of an overnight parking ban.

Councilor Belanger has previously said that parking policy should not be determined based on revenue-raising considerations, so it’s more likely this is more evidence of his conversion to the view that if you leave parking for free at the end of the day and on Saturdays, all the curbside spaces will be taken up perpetually by downtown residents who otherwise would be parking in garages.  (I assume the “overnight parking ban” is for a like reason – freeing curbside spaces for people visiting downtown for nighttime entertainment and dining).

Still, if you require people to pay for curbside parking right up until 6pm on weekdays and all day on Saturdays (which is not the case now since that portion of the existing ordinance is not enforced), you will certainly raise more revenue, hopefully enough to offset the cost of this $6.6 million bond. 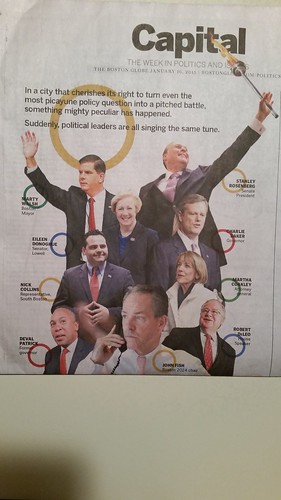 When I picked up the “Capital” section of Friday’s Boston Globe I recognized a familiar face in the collage of some of the most important political leaders in the state.  There with Charlie Baker, Deval Patrick, Stan Rosenberg, Robert DeLeo, Martha Coakley, Marty Walsh and others was Lowell State Senator Eileen Donoghue.  By being an early proponent of the Boston Olympics and by being the legislator who filed the bill that started the process, Donoghue has certainly upped her profile across the region.  Which benefits her, certainly, but also all of her constituents.