Patrick Cook, the Executive Director of Public Affairs at Middlesex Community College who blogs for the college as well, shares the following from MCC:

The New Year promises to bring quite a few changes to the Lowell and Bedford campuses of Middlesex Community College, with President Carole Cowan retiring after nearly 40 years at the college, nearly 25 of them as its third president.  Cowan will be finishing her tenure with the college on the last day of February.  Dr. James Mabry from Mesa Community College in Mesa, Arizona, was chosen unanimously in December by the MCC Board of Trustees to take Cowan’s place.   He’ll be coming on board at Middlesex before the end of February, and expects to spend a good chunk of his first few weeks getting to know many of the locals not just on the Lowell landscape, but for the college’s suburban campus as well. 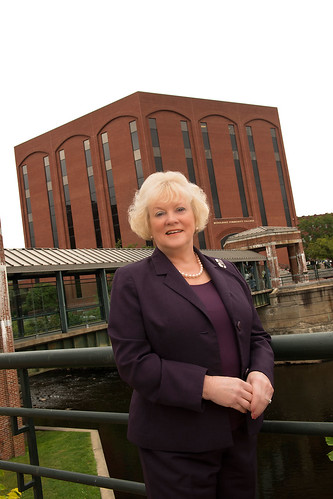 In the meantime, the college is about to make history with one of its original properties in the city’s downtown.  On Sunday, February 8, the college will be naming its main downtown building the Dr. Carole A. Cowan Center, in honor of its retiring president.  The honor will take place at an afternoon event at the city campus, with local dignitaries expected to turn out to fete Cowan.  Lowellians will remember that the city building was once the home to the training component of Wang Laboritories when the computer giant called Lowell home.  It wasn’t occupied all that long by Wang, however, until the company went under and the college, looking for a home in the downtown, scooped the property up.   (Historians note:  who remembers what used to occupy the site even before Wang developed the property in the mid 1980s?  Hint, the name means King in Latin.) 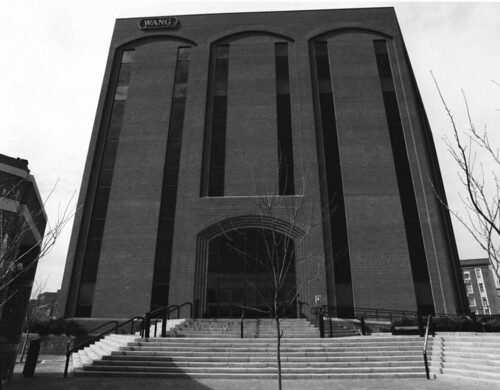 The college has come a long way since the days when Cowan started, and it occupied just the one facility.   Its first year in Lowell, when they used rented space in the Wannalancit Mills, the college had just 392 students enrolled.   Now, as Cowan retires, they’ve got another half dozen properties and more than 6,000 students enrolled in just its Lowell campus!  Cowan has said she’s going to stay on in some capacity, not just to help with a transition for Mabry, but as a member of its fund-raising Foundation.  The Foundation helps steer the ship for one of the college’s flagship events, its Celebrity Forum speaker series, which will host movie and TV icon William Shatner.

One Response to Changes at Middlesex Community College by Patrick Cook