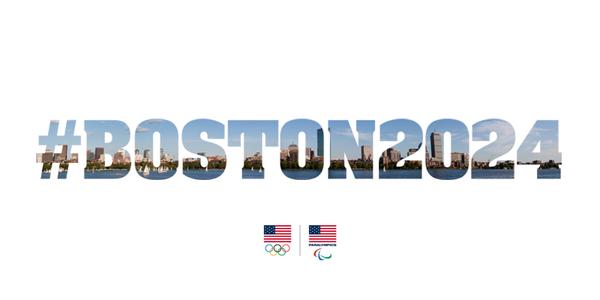 Will the Summer Olympics come to Boston nine years from now?  I certainly hope so.  When I first heard of the possibility many months ago I was skeptical but then I spoke with State Senator Eileen Donoghue who convincingly made the case for all the benefits that would accrue to the region AND TO LOWELL if this happens.  So now I’m a believer.

Not everyone is.  With Wednesday evening’s announcement, my Facebook feed lit up with a dream team of naysayers.  People who normally wouldn’t agree on what time of day it was were unified in their opposition.  Hopefully this is one of those all too frequent cases where the critics outshout the supporters but don’t outnumber them.  That will be so if city leaders are forceful and public in making the case for why this is a good thing.

The basis of my opinion that this is all a good idea is that having the Olympics come to the region will serve as a catalyst to do a lot of things like improving our rail service and other aspects of our transportation infrastructure that we should be doing anyway.  Even one of my pet peeves in the city – the pedestrian unfriendliness of Dutton Street – might get a boost from this.  Imagine a trainload of Olympic fans from around the world coming from Boston and bound for the Tsongas Center and the boxing prelims.  They debark from the train at the Gallagher Terminal.  Only half of them fit onto the shuttle buses waiting there.  The rest conclude that the venue is barely two kilometers away so they set out on foot.  Then they turn back because passing under/around/over the Lord Overpass on foot looks too dangerous.  We should fix this as soon as possible otherwise we might get blamed for costing Boston the Olympics.

It’s no secret that I supported Martha Coakley for governor but I do wish Charlie Baker well.  Partisanship is about elections.  Once the voters have spoken, everyone should focus on governing and doing it well (which is not to say that we should remain silent when we disagree with his policies or his rhetoric).

A big issue facing the new governor is the deficit in this fiscal year’s finances.  Baker said in his inaugural address that the cause is a spending problem, a stance previewed by his Lieutenant Governor, Karyn Polito, shortly after the election.  There is little doubt that the state budget this year is in deficit and action must be taken, but the rhetoric of our new administration is a little misleading.

The state budget was set last June and state agencies are spending the amount of money allotted to them at that time for the fiscal year which runs from July 1, 2014 to June 30, 2015.  That budget and those agency allocations are based on assumptions about revenue that will be taken in by the state.  For the first six months of the fiscal year, the actual revenues haven’t met the projections.

At the Middlesex North Registry of Deeds, for instance, the number of documents we recorded in 2014 was down 20% from the number recorded in 2013.  Since most of the revenue we take in is in the form of recording fees, fewer documents means less revenue and that has been the case (although we still take in ten times the amount that it costs to operate the office – the rest goes into the state’s general fund to pay for other things).  Revenue is down because the real estate market is sluggish, something that has kept me questioning all the rosy reports on the state of the economy.  Still, just last week we heard city councilors suggesting we should celebrate our recent property tax increase because it’s partly a consequence of rising real estate values.  This seeming contradiction – rising values but a sluggish market – helps illustrate that predicting government revenue is an inexact science.  Take this slowdown in real estate related tax collections and extend it to other areas of revenue generation (other fees, income tax collections, etc) across the rest of the Commonwealth and you have the cause of the current deficit.

When revenues don’t meet projections as is the case now in Massachusetts, it’s critical that government cut back on spending in order to get the budget back in balance.  That means cutting or reducing things like imposing a hiring freeze (which Baker has wisely done), reviewing planned expenditures on capital items, trimming local aid, and maybe even laying off some employees (although layoffs are deceptive because in the year you lay people off, you don’t really save any money since you have to pay almost as much in unemployment as you would in salary.  Layoffs save money in the long run if you don’t recall or replace the employees.  Still, the thought of laying off state employees always delights those who dislike state government so we’ll probably hear a lot of talk about that. 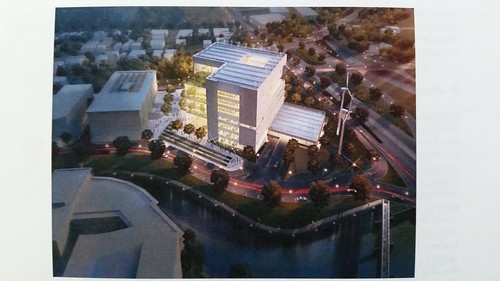 One item that might be at risk is the new Lowell Judicial Center.  With a $200 million price tag, it will be a tempting target for cost cutters even though the funding comes from bonds not the current fiscal year’s budget.  Eliminating the Judicial Center would be a devastating blow to the Hamilton Canal District.  Hopefully those in Lowell who have influence on the new administration will prevail on the Governor to stay the course and get the Judicial Center built.

The first council meeting of 2015 was quite a contrast to the first meeting of 2014.  A year ago, the meeting began with a divisive debate over the placement of the Christmas Nativity Scene at St. Anne’s Church instead of on City Hall Plaza and ended with Bernie Lynch stunning the city by announcing he would leave the job of city manager in 90 days.  By comparison, this week’s meeting began with an innocuous suggestion by Councilor Leahy that the Broadway detour use Middlesex instead of Pevey Streets and ended with all councilors wishing Mayor Elliott and Councilor Mercier bon voyage on their journey to Cambodia (they left Wednesday for ten days, so both will be absent from this coming Tuesday’s council meeting).

There were a couple of positive things discussed: Mayor Elliott requested a report on the status of the aforementioned Judicial Center; another Mayor Elliott motion was to explore the feasibility of holding an Arts Festival in Lowell (which would be a great adjunct to our Canalway Cultural District), and Council Kennedy requested that Michael Geary be appointed to another three year term as City Clerk (that went by fast).  That was approved unanimously by the council.

One thing that struck an off note for me was Councilor Leahy’s questioning of the feasibility of renovations to the Smith Baker Center without more parking closer to the building.  The DPD Director replied that there were 3000 parking spaces within a quarter mile.  Councilor Leahy replied “people don’t want to walk that far.”  Maybe they don’t want to walk that far because trying to cross or walk along Dutton Street and all its intersections is a terrifying experience.  Make it safer for people to walk west of Dutton and parking for Smith Baker won’t be an issue.

Dutton Street is like Lowell’s own version of the Berlin Wall only the directions are reversed.  In central Europe, those in the west had all the benefits and those in the east were deprived.  In Lowell, those to the east of the Wall – Dutton Street – get all the attention while those to the west are neglected.  As Ronald Reagan once said, “Tear down that wall.”

If you haven’t looked at my post from earlier this week called Social Network Analysis of Lowell, please do.  Social network analysis seeks to understand how people and organizations are connected and interact.  It’s a process discussed extensively in the US Army’s latest counterinsurgency field manual which suggests its utility in trying to understand Lowell politics.  Future editions will map out private businesses and will drill down to the individual level, showing the interconnections between people and institutions.  It’s a perfect exercise for crowd sourcing, so please scan the list and offer your suggestions.