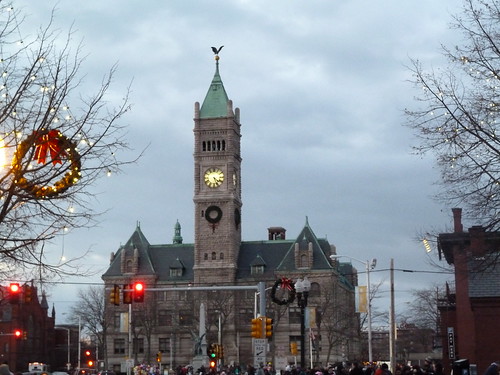 There have been times during the past year when I’ve expressed concern that the current Lowell City Council has been too reactionary and has been lacking in strategic vision.  Over the past two months, however, there have been some motions that could go a long way to remedying that problem.  The motions I speak of, when combined with some existing project plans, combine to create an incredibly exciting, dynamic blueprint for revitalizing a core portion of Lowell, namely the main artery that runs from the corner of Pawtucket and Merrimack Streets all the way to the Gallagher Train Station.  Consider the eleven projects annotated on the map below: 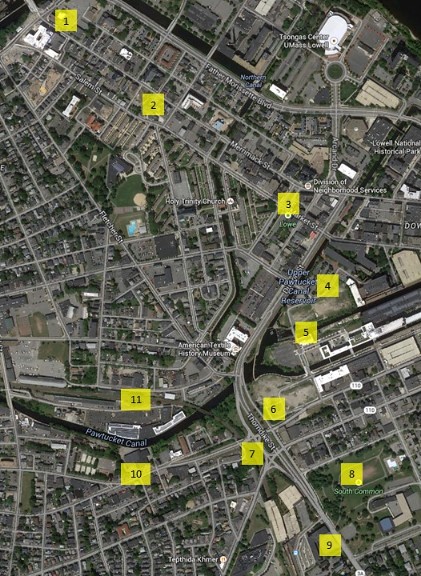 So there are twelve projects, all connected geographically, that combine to be a transformative undertaking if we only think big.  Too often over the past year, public policy discussion in the city has been reactionary – responding to complaints about parking, traffic, crime.  To make real improvement, we have to think big, think strategically.  These twelve projects (and others in the same area that elude mention this morning) constitute a major strategic plan.

Build rail to the gateway cities

Because of their cheap commercial real estate, cities like Lowell, Lawrence, and New Bedford could be dream locations for tech startups. But it will be tough to persuade Boston-based entrepreneurs — and the venture capitalists who support them — to make the trip out of the Hub or convince their employees to do the same. Improving commuter rail service is key to changing this mentality. Baker should use this as a rationale to push for South Coast Rail, and to improve the service on the Lowell line from North Station. Better transportation could export some of the energy that currently animates the Seaport District to other parts of the state — and grow the economy in cities that could use the boost 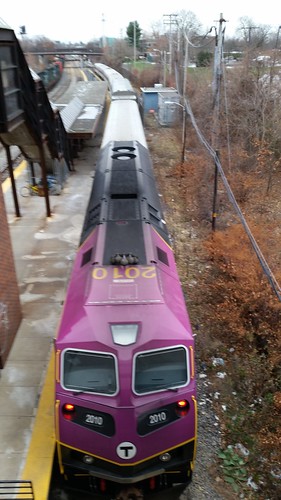 We all think of the Lowell Line as a way to get us into Boston (which is how I travel there anytime I have to go).  But what if the Lowell Line brought young high tech workers who are determined to live and recreate in the big city to Lowell each weekday for work in the Hamilton Canal District?  The train station is just a short walk from there (and assuming the current walk is made safer, more inviting, and more pedestrian friendly).  More workers in the Hamilton Canal District will mean more people venturing into the Acre and Lower Highlands for restaurants, shops and eventually housing as rising Boston rents and condo prices make living in Lowell a more attractive option.

Combine with this the momentum of UMass Lowell and you really can remake the city.  The starting point, however, is recognizing that the center of gravity of downtown Lowell must shift from the intersection of Merrimack and Central to Dutton and Fletcher.  That should be ground zero for our attention.  Let good things radiate out from there, not to the neglect of the rest of the city but for the benefit of us all.

There were, of course, other things going on in the city this past week but there’s already enough to think about in this post.  I’ll roll out some other things during the coming week in separate posts.

Merry Christmas to all.