The BBC is reporting that the Scottish Independence Referendum lost with 55% voting no and 45% voting yes.  My interest in this process increased as election day grew near, not because I was committed to one side or the other but because of the rare phenomenon of a country (possibly) breaking apart peacefully.  Also, as someone interested in the mechanism of politics, it was fascinating to follow the election coverage on BBC radio.  For instance, the election saw nearly 90% turnout throughout the country.  Sixteen year olds are allowed to vote.  Throughout election day as I tuned in for updates, I kept hearing the BBC announcers say “we are strictly banned by law from making any comment on what’s going on in the election until the polls actually close.”  Their culture of democracy is a bit different than our’s.

Lowell has some historical ties to Scotland.  Once the Yankee farm girls left as the prime work force in the mills, their place was taken first by Irish immigrants, then by French-Canadians, then Greeks and so on.  But from the beginning, the mill owners needed small numbers of highly skilled employees to fill key positions in the mills.  Most of these came from either England or Scotland.  One who came from the latter country was Alexander Cumnock who was born in Glasgow in 1834.  He came to the U.S. in 1846 and in 1868 came to Lowell to be the top manager of the Boott Mills, a post he held for more than 30 years.  Later in life, Cumnock created a night school to train young men in the technical aspects of textile production.  The school opened in 1897 on Middle Street with 69 students in its first class.  By 1919, the school had moved to the north bank of the Merrimack River, had 1200 students, and was called Lowell Textile Institute which eventually morphed into today’s UMass Lowell. 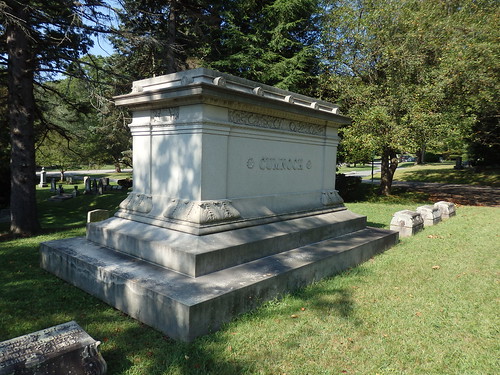 On a more contemporary note regarding the Scottish Referendum, Robert Reich, the former US Secretary of Labor and once candidate for governor of Massachusetts, suggested on his very popular Facebook page that the Scottish independence movement was part of a worldwide disruption of established boundaries and nations.  Reich went so far as to speculate on a similar trajectory for the United States.  Here is some of what he said:

America’s new tribalism is seen most distinctly in politics, with one tribe (liberals, progressives, and Democrats) holding sharply different views and values than the other (conservatives, Tea Partiers, and Republicans).Each tribe has contrasting ideas about rights and freedoms (for liberals, reproductive rights and equal marriage rights; for conservatives, the right to own a gun and do what you want with your property); its own totems (social insurance versus smaller government) and taboos (cutting entitlements or raising taxes); its own version of truth (one believes in climate change and evolution; the other doesn’t); and its own media that confirm its beliefs.One tribe is becoming blacker, browner, and more feminine; the other, whiter and more male. Each is headed by rival warlords whose fighting has brought the national government in Washington to a standstill. Increasingly, the two tribes live separately in their own regions – blue or red state, coastal or mid-section, urban or rural – with state or local governments reflecting their contrasting values.

I don’t share this view.  As strong as our differences may be, splitting the country should never be an option.  We tried that once at the cost of 725,000 lives.  We have to find other ways to resolve our internal disputes.