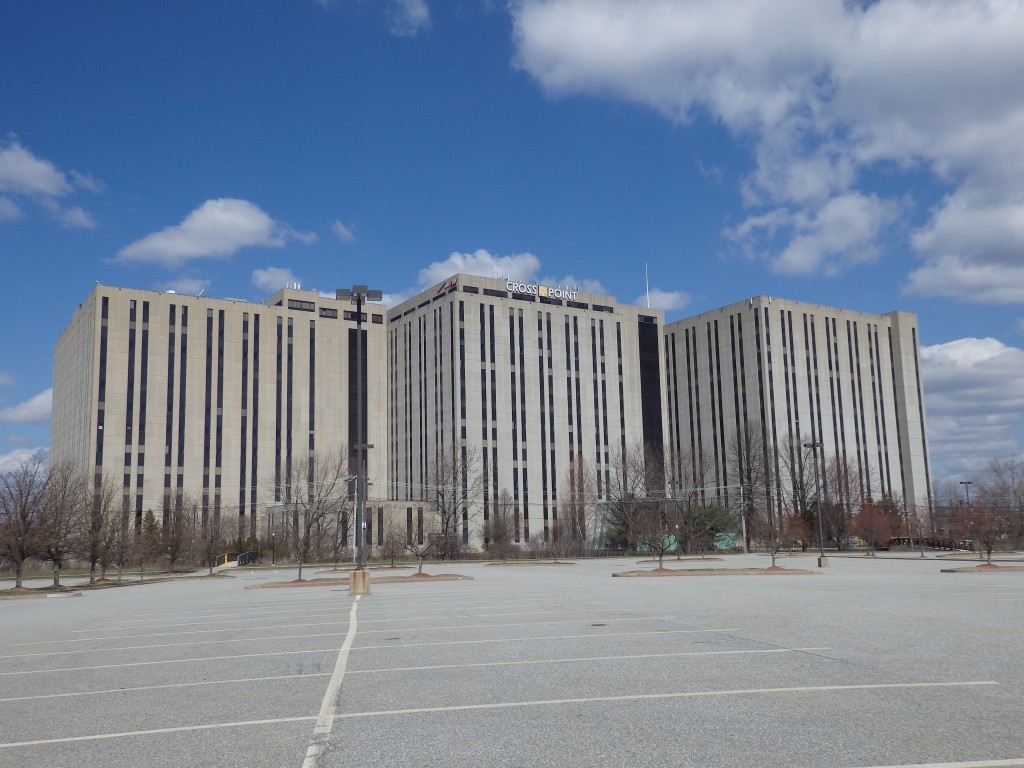 The Cross Point towers on Chelmsford Street sold yesterday for $100 million (yes, that’s “One Hundred Million Dollars”). The seller was Cross Point Limited Partnership and the buyer was CP Associates LLC, a Delaware corporation with a Massachusetts office at One Post Office Square in Boston. Financing for the sale was provided by Santander Bank in the amount of $77,654,000. The three towers were built in the 1980s by Wang as the company’s worldwide headquarters, but changes in the computer industry and the death of founder An Wang led to bankruptcy for Wang and in 1994 the towers, which cost $60 million to build and housed 4,500 workers, sold at a foreclosure auction for $525,000. The new owners, a three man partnership, aggressively marketed the facility and with the backing of a lease guarantee by the Lowell City Council, soon landed NYNEX as an anchor tenant and the towers have thrived ever since.