This post is by Maxine Farkas from Western Avenue Studios: 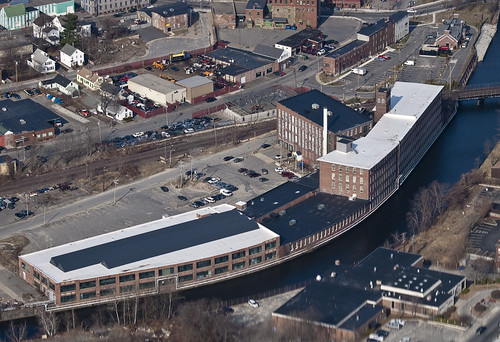 Since June of 2012 the population of artists at Western Ave. has almost doubled, with the construction of Western Avenue Lofts and the build out of the former Classic Elite Yarn space on fourth and fifth floor of the A Mill and the former FI Office space on the first and second floor of the C/D Mill. We’ve gone from 0 residences to 50, from 145 studios to 245.

To provide perspective, when Western Avenue Studios opened its doors in September 2005 it was with 32 studios on the 5th floor of the C/D Mill. The majority of artists coming from the Arts League of Lowell. Then in January 2006, 27 studios opened on the 4th floor, sharing the space with a commercial tenant, again a majority of the 4th floor artists came from the Arts League of Lowell. So the population of those first two floors were fairly local and shared a common affiliation, many had been active in the movement to create the artist overlay district that enabled the construction of the Ayer Lofts and thus were used to working together.

In August of 2006 the 3rd floor of the C/D Mill was converted to 34 studios and we began to draw artists from outside of the immediate area. Fortunately there were shifts through out the building as artists already in residence moved to larger or smaller studios on the new floor so that new artists who either moved to the 3rd floor or who filled gaps in upper floors were more easily integrated into the community.

2008 was a quiet year, the gallery opened in March of that year. And the artists pulled together to protest the ZBA denial of a special permit to convert the G Mill into live/work lofts, creating the international invitational exhibition Dirty, Smelly, Noisy, to celebrate the inspiration to be found in industrial spaces.

The 2nd floor of the C/D Mill studios opened in February 2009, again artists from upper floors migrated down to the new 2nd floor and the assimilation of new artists was facilitated by having mentors available to guide and offer advice.

At the Studios 2010 and 2011 were quiet years, construction began on the Lofts in the old G Mill in the late summer of 2011, but for the artist population of the Studios it was a period of artistic productivity and community stability.

The Lofts opened on June 15th 2012, probably the largest group of non-dorm tenants to move in one day in recent Lowell history (I can’t remember exactly, but I think something like 10 or 12 moves happened that day, fortunately we don’t have an elevator in the lofts so there were no fights over elevator hogging!). While a number of new loft residents were Studio artists, there were quite a few artists who were very new to Lowell and the existing community who moved in.

The last of the commercial tenants left in the spring of 2012, opening the way for the buildout of the 4th and 5th floor of the A Mill which opened in October of 2012 and the 1st floor of both A and C/D Mill in October of 2013. The build outs during 2012 and 2013 included construction of infill and brought us to our current 245 studio count. And while there was a migration of artists from the 5th floor of the C/D Mill to the 5th floor of the A Mill (a 7 year itch kind of a thing?), there have been a lot of new artists encountering the studios for the first time.

With the Studios build out complete and no vacancies, attention has turned to integrating this new mix of artists into the existing community.

Artists come to Western Ave. for a multitude of reasons, for most it is a place to work away from the distraction of home, to emerge from the basement space, to excavate the dining room table or in the case of the lofts a place to work where there is no distance between idea and execution. For some it is a formal place to meet clients or to teach classes. But what I have seen in the past year, in response to our First Saturday Open Studios, are some artists who see Western Ave., not as a place to work or community to be joined, but rather a sales opportunity to be exploited.

When the Western Avenue Studios Artist Association was formed, its sole purpose was and still is, to protect and promote the interests of the artists at Western Avenue Studios. Thus we advertise First Saturday Open Studios and invite people to visit, but we also have to insure that the folks who don’t care to open their studios more than once or twice a year have an equal say in what happens at the studios. We have a responsibility to celebrate not only the artist whose solo show is reviewed in the Boston Globe, but also the artist who has a piece in a student exhibition at the Currier. Our advertising is always geared toward bringing people to Western Ave., and we have always said that it is the individual artist’s responsibility to bring visitors to their studios once they are in the building.

In the past few weeks I have had a number of conversations with artists who say ‘I don’t like WAS ads because they don’t represent me’. And that is when I have to try and explain that Western Ave. is not about the individual me, but rather the collective us. We have grown because we are willing to embrace everyone, young, old, beginner and master. That is where our strength lies.

2 Responses to Notes from Western Ave. – Building Me into Us