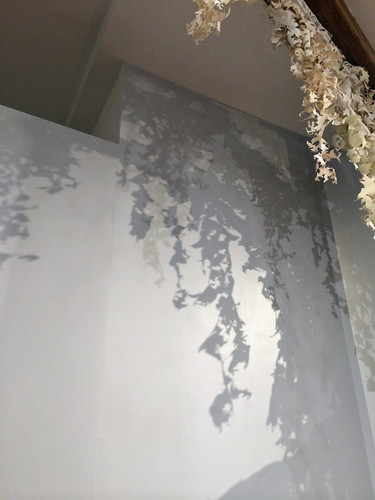 Notes from Western Ave. – random thoughts, a week in the writing.

I started this last week, but got interrupted, so this is even more of a ramble than normal!

It is 8 in the morning on First Saturday and I started my day reading a blog post from Jack Holmes, who will not be opening his studio today. Jack is not ill, nor is he out playing soccer somewhere, nor is he off giving a slide show, rather, he chose to start his 8th decade in Fiji. After I don’t know how many years of teaching high school chemistry Jack is now a confirmed traveler and travel photographer. And after spending a few minutes looking at Fiji through Jack’s eyes I started thinking about what a varied crew we have at Western Ave.

Coming off the elevator yesterday I ran into Suchenda Uch, (if you haven’t seen The Monkey Dance, it is being screened again February 11th). When I was on the Lowell Cultural Council we funded screenings of The Monkey Dance, and when Suchenda came to rent studio space at WAS I knew I knew him from somewhere, but it took me the longest time to realize that he was one of the kids from the film . . . and an Angkor Dance troupe success story. If you ever wonder who is behind the door to Cultural Shock, that is Suchenda.

Last night we helped Marianna Wood get set up in the Loft Space in A208 (The Loft Space is a studio rented by a group of artists who live at the lofts and who wanted to have a presence at the Studios.) Marianna is an actress and singer who also makes stuff . . . it seems that so many of us do more than one thing!

I can’t believe a week has gone by since I started writing this . . .

First Saturday last week was a roaring success, if you count the number of cars parked up Western Ave all the way to School Street. (The Parking Lot committee meets today to discuss ways to expand visitor parking . . . when we first started 8 years ago, we thought we were doing well if we filled the two lots near the Studios, never thought we would max out all three lots and all of the on street parking as well!) There were visitors down from Manchester and up from Boston, a crew from Rhode Island and a lot of Lowellians, some regulars and some first timers. There were a lot of families, and everyone seemed to be having a good time.

Last night a friend and I went down to the Boston Sculptors Gallery to attend a reception for Liz Alexander who has a solo exhibit there. It is a wonderful exhibit, but then I am totally fascinated by her work so am not an unbiased reporter! We left the reception and headed down the block to 450 Harrison to check out their First Friday Open Studios (I guess you could call it a busman’s holiday?).

We only hit two of the three floors of studios and I was surprised by how many of the studios were galleries or gallery ‘project spaces’ and how many of the artists told me they work elsewhere and only use the studios as sales spaces, maybe half of the space we checked out were not working studios. I noticed that there were no families, no kids, and that most of the crowd was talking about where they were going for dinner and which studio had free wine.

What I found interesting was the way many artists faces lit up when they found out we were from Lowell. According to them, Lowell is doing it ‘right’. And that was very nice to hear.

3 Responses to Notes from Western Ave by Maxine Farkas