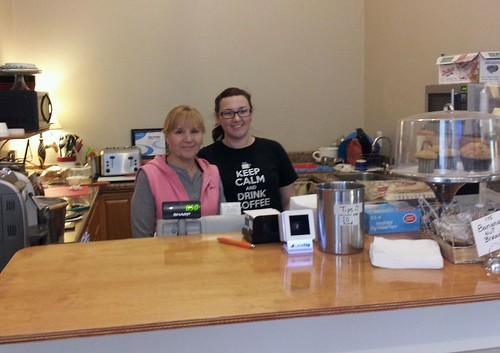 Wanting to grab something quick and light for lunch yesterday, I decided to take advantage of the sunshine and relative warmth to walk from the Superior Courthouse down to Middlesex Street for my first visit to Rosie’s Cafe. Heading in that direction, I always use South Street which allows me to pass by the South Common. Crossing Appleton was easier than usual and I was soon standing on Middlesex looking for Rosie’s which had just opened in this new location last week. For some reason I thought it had moved into the space occupied by the Court House Deli but that was still there, still open, and filled with customers. As I headed down Middlesex towards Central, I fortunately glanced down the small side street that runs between the Court House Deli and Garcia Brogan’s, connecting Middlesex to Jackson Street (the small street is named Marston Street). There was Rosie’s Cafe. It’s in the same building as the Court House Deli, just around the corner.

Upon entering Rosie’s I was struck by the still new furnishings and decor. A large window flooded the room with light. Rosie and her daughter Sara were behind the counter, filling sandwich orders from people I recognized as judges and staffers from the nearby Juvenile Court. The service was quick and efficient. I ordered a muffin from the covered platter on the counter (it was filled with berries and was very good) and a large coffee which I obtained from the self-serve coffee area across the room (that was excellent, too).

There are several cafe tables in that front room, with more tables and chairs in a similar-sized interior room that’s separate enough from the bustle of the serving counter to allow for relaxed conversations. I saw several familiar faces during my short stay from Rosie’s, some from the Hurd Street area which was Rosie’s former location up until just a month ago.

Rosie’s Cafe has a Facebook page on which daily soup offerings and other specials are posted. The new location creates a sense of a new business and the accompanying excitement. With all the activity on Jackson Street, that neighborhood certainly can use a comfortable coffee shop. It has one now. 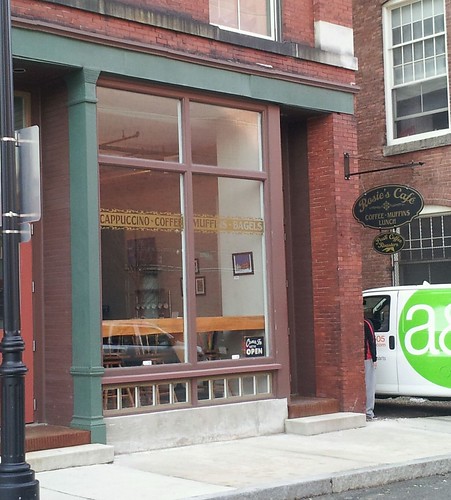 One Response to Rosie’s Cafe