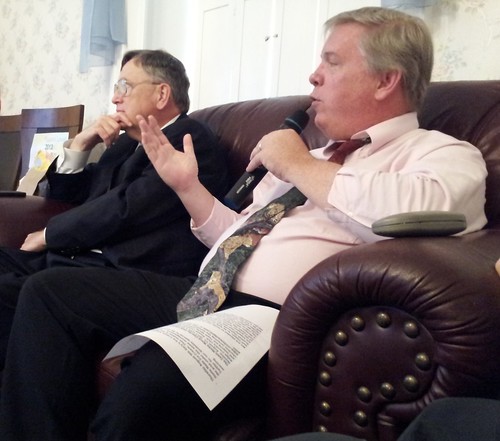 Nothing official yet but there’s a buzz around that City Manager Bernie Lynch will soon nominate Gerry Nutter to the Lowell Election Commission. Hopefully this is true and that Gerry accepts and will be confirmed. Quite by coincidence, I attended a meeting of the Election Commission this past Monday (and wrote a blog post about it). It was immediately clear at that meeting that the Commission is committed not only to counting the votes accurately, but also to being very active in getting people to vote. Gerry’s knowledge of and passion for the city and his demonstrated ability to take tough stands on tough issues would be a real asset to the Commission. I also assume that if the appointment does come to fruition, Gerry will either curtail or shift the focus of his writing away from electoral issues. That will leave a significant and unfortunate gap in the city’s blogosphere, so the rest of us will have to step up and try to fill the resulting void.