City council candidate Van Pech took advantage of my offer to post information from or about any campaign by pointing me to the following article about the Voter Awareness Night he organized last week. The article first appeared in the KhmerPost USA and is being republished with permission:

What do cupcakes, paper fortune tellers, and Plan E Government have in common? Usually it’s probably not too much. But in Downtown Lowell on September 21st, they all played a key part in Voter Awareness Night—a celebration of local democracy and local business hosted by the Van Pech for Lowell City Council Team. Volunteers set up tables at three downtown locations, Etsogo, Time Out Café, and Little Delights Bakery and presented games and activities designed to raise excitement and awareness in advance of the city’s upcoming local elections.

Visitors to Voter Awareness Night were each given a “passport” for the evening and earned the right to raffle tickets by attending each of the three Merrimack St locations. Each shop had a different game, Little Delights guests played spin the wheel trivia, Time Out patrons had to figure out which “fact” was incorrect in Two Truths & A Lie, and visitors to Etsogo received election facts from a paper fortune teller. All three locations were also stocked with voter registration forms, sample ballots, polling location info, voter rights cards, and other information about Lowell’s election process. Over 50 participants visited at least one of the three spots over the course of the night.

Many visitors cited the creative way information was presented. Lowell resident Dan Adam thoroughly enjoyed the evening’s festivities, noting, “I thought it was a unique idea and a lot more informative than most political events, especially for younger voters. I enjoyed visiting the three locations and learning about the process in a fun way.”

Janet Ng, the owner of Etsogo was thrilled that the evening’s organizers highlighted local business as well, “I love how they used this event to help out small businesses in downtown. It’s the first time in the three years we’ve been open that something like this took place, I hope they do more in the future.”

Building off the evening’s success, the team is looking to host one or two more Voter Awareness Nights before the city’s general election on November 5th. The goal of these events is to ensure that voters know important facts such as the deadline to register to vote (October 16) and that you can vote for up to nine council candidates in the city council election as well as keep people engaged and excited about local government.
Although Voter Awareness Night was organized by Van Pech’s campaign team, the evening was intentionally focused on presenting general voter information in a fun way. Biographies of the candidates running were made available for visitors. The candidate himself, who attended as a guest, summed up the theme of the evening by stressing the importance of participation, “Whoever you vote for, what’s most important is that you vote and have your voice heard in the democratic process.” 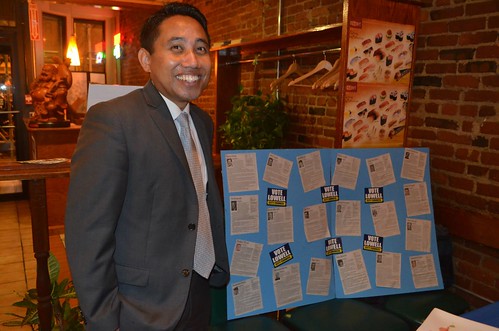 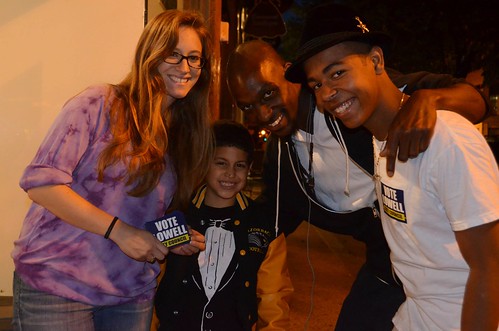