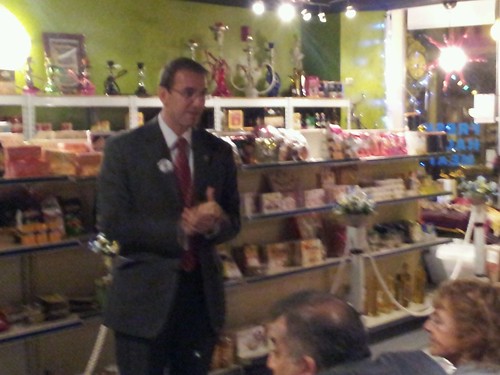 Mike Lake, a candidate for the Democratic nomination for Lt Governor in 2014 was in Lowell this evening to meet supporters and interested voters at Babylon Restaurant at 25 Merrimack Street. I wanted to hear what Mike had to say so I dropped in. He spent a lot of time chatting with people one-on-one, but in his remarks to the group he emphasized his commitment to education and his strong belief in the power of entrepreneurship. He said that one of the greatest accomplishments of the Patrick administration has been its commitment to the Gateway Cities of the Commonwealth (of which Lowell is one) and he promised that if elected LG he would help continue this effort and would follow in the footsteps of recent LGs who have served as the prime liaison between the Commonwealth’s urban areas and state government.

With the possibility that many of the statewide offices on the ballot next year will not have incumbents seeking reelection, I believe you’ll see a steady stream of candidates visiting Lowell in the coming months. For most of us, our attention is on the city election which has a rare preliminary a week from today and the final election on November 5. However, it wouldn’t surprise me to see a few statewide candidates visiting the city on Wednesday, November 6. 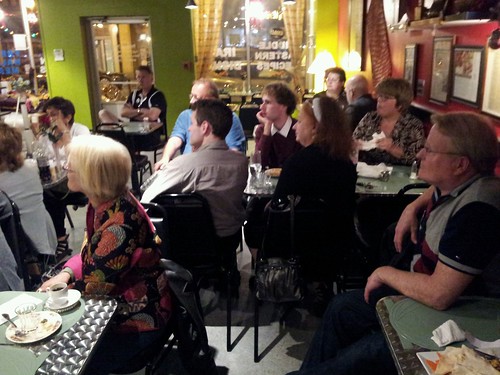