Greg Page is the CEO of Merrimack Analysis Group (MAG), an online identity consultancy based in Lowell that currently serves more than 60 clients throughout Massachusetts and New Hampshire. MAG recently completed an eight-week business accelerator program held by the Merrimack Valley Sandbox at the Wannalancit Mill Building. He recently sent along this essay on social media behavior.

The British e-commerce website sweatband.com recently conducted a widespread (albeit non-scientific) study in which it asked users to tell them what social media habits of others annoyed them most. Here is the Top Ten list that Sweatband generated from the people it polled:

When I first saw this list, I just sort of laughed and nodded along, line by line, as I thought about my own experiences with each of these.

After reviewing the list another time, though, I saw an important pattern peeking through in the data: The common thread of me-me-me.

With the exception of #9 (by which I think I can infer that users are referring to stalker-type behavior), and #4 (which is highly annoying but might happen because people accidentally check a box, or forget to check a box, within a game app on Facebook), all of these annoying social media behaviors are based on an underlying assumption that other people probably care about us more than they actually do.

This is not to say that people shouldn’t talk about themselves on social media. They absolutely should. They should share their triumphs, express their thoughts for the world to hear, and yes, they should self-promote when it’s appropriate to do so. But just as we generally adhere to a sense of conversational balance in the analog world, we ought to show the same respect for two-way exchange in the digital one.

Someone who only gets onto social media platforms to go into “broadcast mode” is bound to annoy people, just as the equivalent real-world behavior would soon lead others to cross the street when they saw that person coming. (Note: Asking open-ended questions just to try to draw other people to comment on YOUR post doesn’t count. Offering heartfelt responses – or heck, even likes and shares for other people’s content – does. See the difference?)

Long before there was such a thing as social media – or even personal computers – Dale Carnegie could have predicted the results of the Sweatband survey. In his classic tome, “How to Win Friends and Influence People,” he famously wrote that, “If you want to be interesting, be interested.” In other words, the secret to being the great conversationalist at a cocktail party really doesn’t have anything to do with what you say, but may have more to do with what you don’t say – if you ask someone else about what he or she does, and you can authentically listen in a way that shows you care, you can make an amazing impression. On social media, offering a genuine response to someone else’s tweet or status update can have the same impact.

** One tip for Facebook users who are annoyed by others who egregiously engage in the aforementioned behaviors, but who wish to avoid the “nuclear option” of de-friending – you can simply take a person’s updates out of your News Feed. It’s as simple as hovering over the person’s name, then hovering over the word “Friends” on the next menu, and then unchecking the box that says, “Follow Posts.” 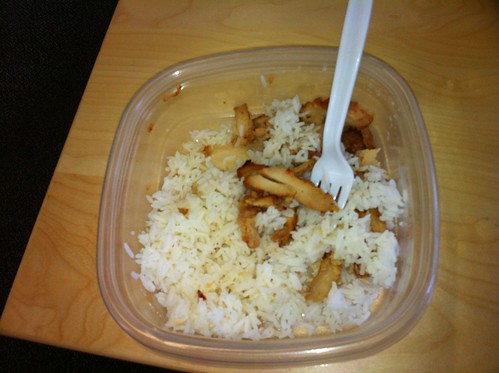