Saturday night I refereed a debate between two friends, both from a younger generation than me, over the necessity of air conditioning. One combatant maintained that even here in New England, modern home and building design made artificial cooling a necessity; the other maintained that while A/C is certainly pleasant, electric fans and other cooling strategies provide a suitable replacement. Having grown up in an era when A/C was rare in homes, at least, I still fall on the A/C as a luxury and not a necessity side.

Some of my fondest childhood memories were sitting on “the screened-in porch” at 505 Wilder Street not far from the Morey School. It was my grandparents’ home and it had three floors designed for two families (they lived on the second; we lived on the first; we split the third thanks to twin stairways). Like most of the houses in that neighborhood, the narrow side faced the street and each of the first two floors had a porch that stretched the width of the house. The first floor porch just had railings and was used mostly as a place to stand before passing through the front door. But the second floor porch was an outdoor living room. With a full set of screens to keep out the bugs and a high enough elevation to be removed from the noise and motion of the street, it was a breezy oasis in the summertime. (It was also a great place to watch thunderstorms until a simultaneous flash-bang would cause everyone to scurry inside). Inside the house, a few table-top oscillating fans, always black with grill-spacing that predated Federal safety regulations, kept the air moving. Toss in windows that fully opened and a homemade ice cream float and survival was ensured.

Fast forward to this Sunday morning: The heat wave had broken but with its seven-day impact plus the prior evening’s debate still in mind, I was surprised to see an article entitled “Life Beyond A/C” at the top of the Boston Globe’s “Ideas” page. Written by Globe reporter Leon Neyfakh, the article sets out the many strategies available to alleviate the need for air conditioning. Here are some of the suggestions:

Don’t get me wrong on this issue. I’m not an anti-A/C zealot. I have a bedroom unit that certainly came in handy last week. But I know that when I first emerge from that artificially cooled comfort, the rest of the house feels like the inside of an oven. But five minutes later with the help of a fan and some open windows, it doesn’t feel so bad. And it’s New England, after all. Just wait a few minutes and the weather will change. Still, I like the idea of a screened-in porch. It might be time to call a contractor. 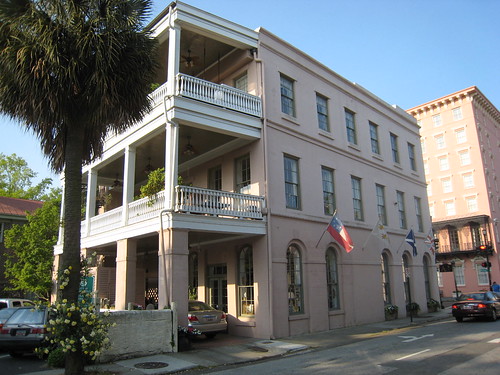 A typical house in Charleston, SC with a “piazza” for each floor

One Response to Arguing about A/C