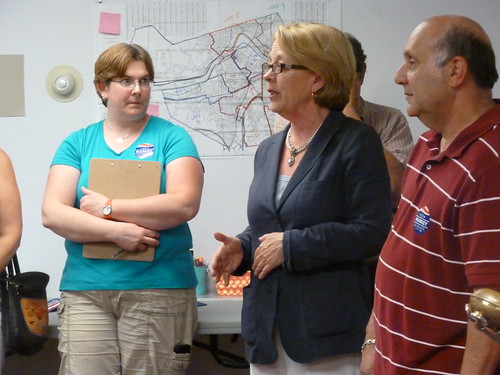 Congresswoman Niki Tsongas, State Senator Eileen Donoghue, and former State Senator Steve Panagiotakos visited the Ed Markey for Senate headquarters in Lowell earlier tonight to remind volunteers of the importance of their efforts in the Get Out The Vote (GOTV) phase of the campaign which begins tomorrow. The plan is to contact all likely Markey voters at least once this weekend and then again on election day (this Tuesday). As can be seen on the chart in the photograph below, Markey volunteers have already knocked on a prodigious number of doors in Lowell and will now repeat that process in a much compressed time frame.

Everyone will take a break from canvassing on this Sunday (June 23, 2013) at noon when Ed Markey and former Governor Mike Dukakis will come to Pailin Plaza at 9 Branch Street in Lowell to rally supporters for the final push thru election day. Everyone is invited to this event. 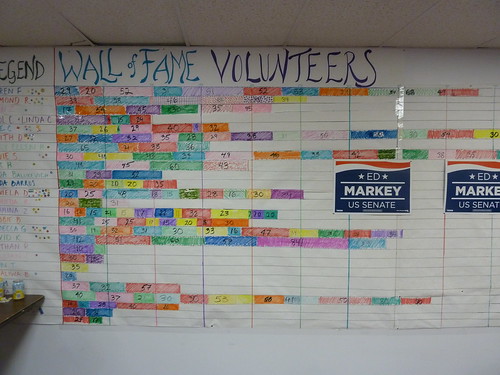 Doors knocked per volunteer since Primary 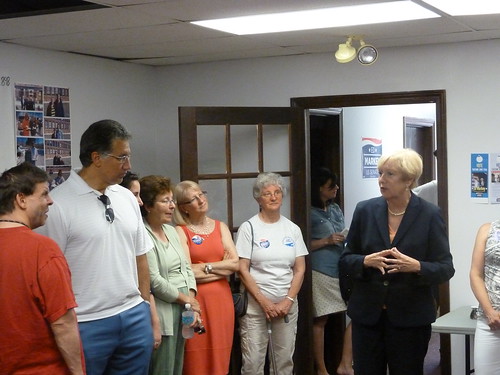