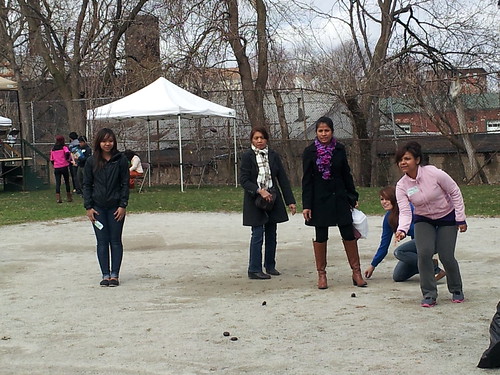 Happy New Year to all of our Cambodian friends and neighbors here in Lowell. There was a great celebration yesterday at Clemente Field that featured music, food and games. Shown above is a team of women playing Angkunh, which I understand to be a traditional New Year’s Game. Two teams, one of men and the other of women, line up opposite each other. In front of each team, five Angkunh seeds are inserted into the ground, just enough to keep them upright. The Angkunh seed resembles a large oval rock, black in color and highly polished. Each team takes turns tossing other Angkunh seeds at the five inserted in the ground. The first to knock over all five is the winner. In the match I observed, the women’s team won. Just this short glimpse at a traditional Cambodian game gave another illustration of how we are all more alike than different, because this game so closely resembled more familiar Western games such as horse shoes and Bocci. In an age before electronic games and printed board games, there were only so many things you could do to entertain yourself, I suppose. Another game that was more familiar was the tug of war (which has a unique Cambodian name that I didn’t catch). The teams were gender-mixed and the team on the right in the photo below was the winner. 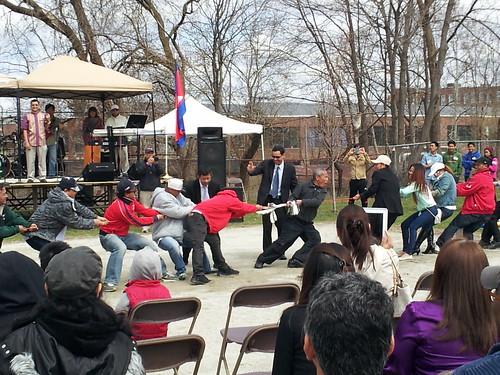