Lowell architect Jay Mason was one of many positioned outside the Steve Lynch fundraiser at the Blue Shamrock last night, holding signs that urged Lynch to reverse his support for the Keystone XL pipeline. Jay has written an Open Letter to Lynch and all other candidates for office in Massachusetts, explaining why Keystone is such a bad idea. Here is Jay’s letter:

AN OPEN LETTER TO CANDIDATES FOR OFFICE IN MASSACHUSETTS:

Last night at the Blue Shamrock a good crowd of locals came out to a fund-raiser for Stephen F. Lynch, candidate for senate. They were greeted by a civil and enthusiastic crowd of 25 sign-holding climate action supporters. The signs said, “No Keystone XL” and “vote climate”. They had gathered to bring attention to the fact that candidate Lynch has twice voted in support of the Keystone XL pipeline.

This pipeline proposal sits on the desk of President Obama who has the sole power to nix or approve a permit which would allow the continued construction of the pipeline. If constructed, the 1200-mile, 36” pipeline would carry up to 800,000 barrels/day of tar sands, a relatively new oil-product obtained in a strip mining technique. The tar sands would ship from Alberta, Canada’s boreal forest where oil companies already mine an area that would be expanded to approximately the size of Rhode Island, across the international border into Montana or North Dakota and then south to Texas and the gulf. (see attached map)

This pipeline is a bad deal for many reasons. While it can be said that the pipeline would not physically pass through Massachusetts, Obama’s approval would mean less resistance to the Montreal to Portland, ME pipeline which would mean tar sands in our back yards. The sales from the strictly overseas destinations for the tar sands from Keystone would mean increased profits for big oil. Additionally, the environmental risks are significant and overwhelmingly balance against the fairly trivial economic benefit from the planned construction jobs. This fact is well documented. (note: it has been said that the pipeline project would only provide 35-permanent, full-time jobs)

I have a small business based in Lowell. I also have children. I cannot stand on the sidelines watching what our elected officials do in the execution of their duties when those actions lead to further miss-steps with regard to energy policy and the environment. Time is running out. Candidate Lynch and the others… I hope you are listening and can see that I am not alone in this fight. Those interested in joining me please feel free to reach me at
jayRmason[at]comcast.net or contact www.350.org. 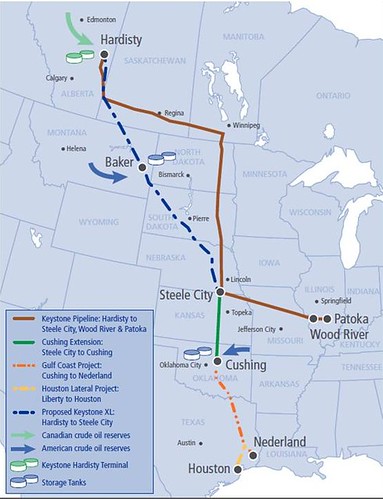 3 Responses to Protest against Keystone Pipeline in Lowell last night