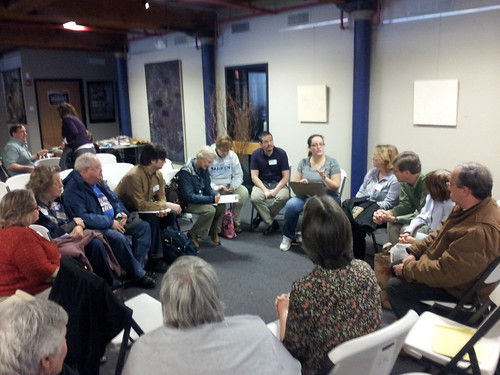 The Greater Lowell for Markey team

The Ed Markey for US Senate campaign held a regional strategy session yesterday at Lowell Telecommunications Corporation that was attended by about 70 people. (And before the you-know-what stirrers out there knock LTC, the campaign rented the space at the going rate for such functions). Much of the statewide field leadership team, including Field Director Carl Nilsson (pictured below) came to the event signalling that Lowell will be an important battleground in this campaign.

With the primary just eight weeks away (it’s on April 30th) there’s not much time to spare. I won’t get into the details of the Markey strategy except to say that it involves knocking on a lot of doors. The team of Greater Lowell volunteers, some of whom are pictured above at a breakout session during yesterday’s event, will commence that effort next weekend. If you’d like to participate, send me an email at DickHoweJr[at]gmail.com. If we show up at your door, please listen to what we have to say. And if you’re on Facebook, please “like” our Lowell for Ed Markey page. 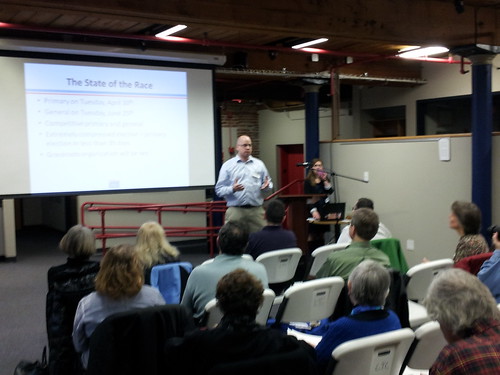