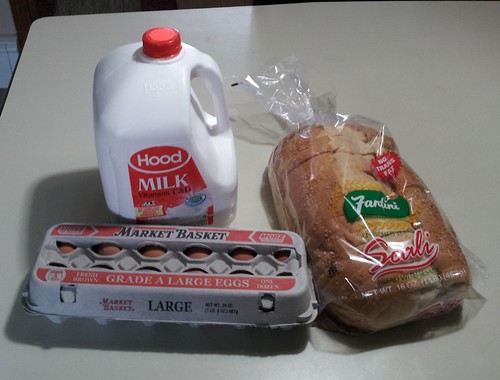 Ironic that on the 35th anniversary of the Blizzard of ’78, we’re preparing for another big snowstorm. I stopped at Market Basket on the way home from work and bought all the essentials needed to make French Toast which, as all of you who are recent arrivals should know, is how New Englanders traditionally prepare for blizzards. Once I got home, I topped off the fuel tank on my snow blower and started it up. Normally doing that would ensure the storm goes out to sea but I don’t think that will be the case. One weather map I’ve seen has us in the 18+ zone and another had us at 28+ but that was Fox and they tend to blow everything out of proportion. In related news, the predictions of pre-emptive school cancellations on Friday will probably be true; and the strained jokes about Winterfest being cancelled because of winter weather were funnier three years ago when the same thing happened. Unlike in 1978 when the only thing I had to record images of the storm was my mind, I have all cameras charged up and ready to record so the snow, however much there is, will be fully documented.

One Response to Storm Preparations