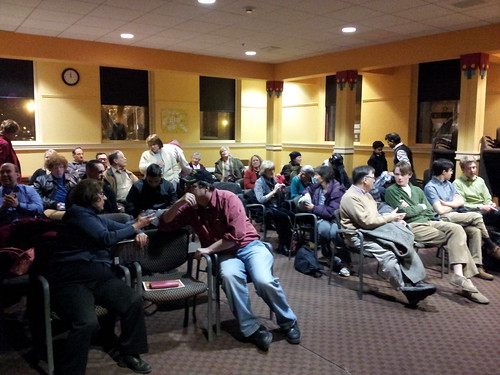 Now that John Kerry has been confirmed as Secretary of State by the Senate, the pace of activity in the special election campaign to fill that Senate seat will quickly become frenetic. The photos above and below are of our gathering last evening at the Pollard Memorial Library’s Community Room to talk about Congressman Ed Markey’s background and legislative record (I’m supporting Markey in this race). With the news yesterday that Congressman Steve Lynch of South Boston has reserved a union hall for tomorrow at 4 pm, presumably to announce his candidacy, there will be a contested primary on the Democratic side. That primary, as we have reported, will be on Tuesday, April 30 which is just 90 days away!

Lynch is a conservative Democrat, pro-life and a vote against the Affordable Care Act (Obamacare) so for our more conservative neighbors here in Greater Lowell he will be an attractive candidate, much like Scott Brown. How the local Democrats who supported Brown last fall allocate their support between Lynch and Brown (assuming he runs; I believe he will) will be interesting to watch.

In my experience, one of the most valuable commodities in a campaign is time and for this election, there’s not going to be a lot of that so there’s no time to lose. The first major task of all of the campaigns will be gathering nomination signatures: you need 10,000 of them to get on the ballot. If you’d like to help out with the local Markey campaign, please send me an email (DickHoweJr[at]gmail.com) and please go to the Lowell for Ed Markey page on Facebook and “Like” us. 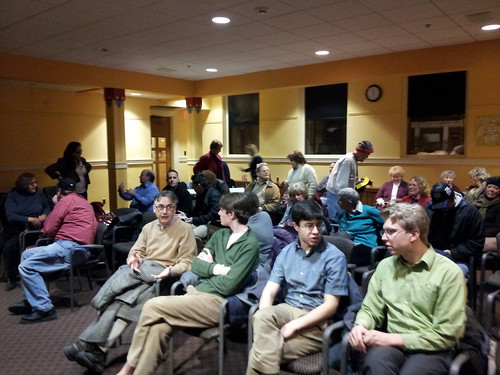