My favorite bumper sticker of all-time is “Don’t Blame Me, I’m From Massachusetts”…which was a reaction to Richard Nixon’s involvement in the Watergate Scandal shortly after his landslide victory over George McGovern in the 1972 presidential election. Nixon won 49 states and McGovern the “peace” candidate only won one…Massachusetts. 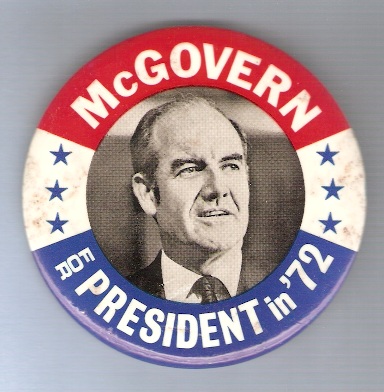