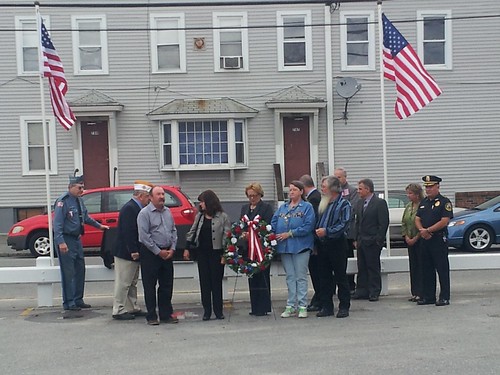 The Centralville Social Club held its annual “Fallen Heroes” ceremony yesterday to honor all service members from Massachusetts who have died in the wars in Iraq and Afghanistan. After remarks by Master of Ceremonies Joe Dussault, Congresswoman Niki Tsongas, State Representative Tom Golden, City Councilor Rita Mercier and Lowell Police Chief Ken Lavallee (Councilor Marty Lorrey was also present), the name, rank, branch of service and home town of each of the deceased was read. Sadly, it was a very long list. All in attendance then moved outside where a wreath was lain on the club’s military memorial, a salute was fired and taps were played. 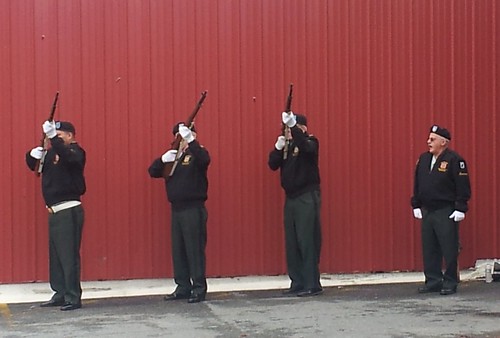