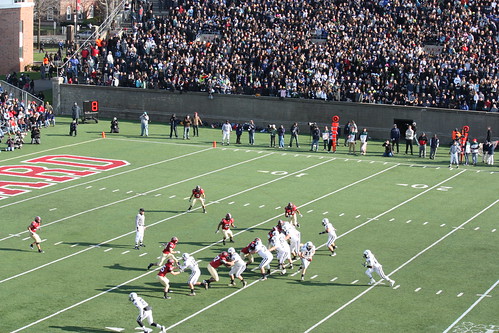 Watching the Patriots opener yesterday was a lot of fun, especially in light of the ever-worsening performance of the Red Sox. As much as I enjoy watching football, I now have mixed feelings about the sport because I’ve come to believe that the long term effects of getting one’s head repeatedly banged up might be so serious that the game’s future is at risk. A wise and learned doctor once said to me “if you knew how little we understand about how the human body works you’d be shocked” and I think that’s especially true about the brain. Evolved over a million years, more or less, the human brain does many things well. Absorbing impacts is not one of them. From the little I know of the structure of the human head, building a better helmet might help but won’t solve the problem because much of the damage occurs from the “secondary blow” that occurs when the brain, which floats in liquid inside the skull, slams into the inside of the skull after the initial impact to the exterior of the skull occurs. I don’t believe you can engineer that away.

I do think more study must be done before the majority of people will be convinced that repeatedly banging one’s head has devastating long term consequences for the brain so this is more of a long range prediction (which I hope is wrong) than it is a policy proposal. With the little I do know of the history of football, the game has faced such a crisis before. In its early days, quite a few deaths occurred because of the violent nature of what was exclusively a running game. Faced with a possible ban, football invented the forward pass which stretched the field and dispersed the violence to safer levels. Perhaps football will similarly adapt to these concerns. In the meantime, enjoy this year’s season because football as we know it might not be around forever.