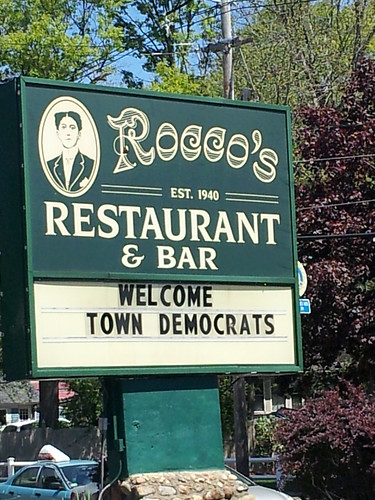 Congressman Tierney gave an impassioned speech describing the crossroads the country now finds itself at and telling the crowd that the direction we take is almost entirely dependent on which party controls Congress in the coming term. Jim Miceli regaled the crowd with tales of holding up hearings on Beacon Hill to extract some deserved service for a constituent from a testifying bureaucrat and of delivering infrastructure improvements, especially bridges, for his district. Charlie Murphy told the assembled Wilmington Democrats that the two most important contests on their ballot this November will be John Tierney’s and Jim Miceli’s and urged folks to do whatever they could to help those two campaigns.

Congratulations to the Wilmington Democratic Town Committee for a good crowd, good food and some fiery speeches all for an excellent cause.