As I drove in Westford Street from Drum Hill earlier today, an orange city of Lowell dump truck rumbled past me. In its wake the street seemed to be strewn with a handful of grayish chunks of snow. Momentarily baffled, I noticed a second truck approaching and saw its bed piled high with slushy snow. I was viewing the 2012 Human Dog Sled Track on the way to its final resting place after a successful Winterfest. I spent a good portion of yesterday afternoon on Arcand Drive and snapped a few pictures that I’ll share here: 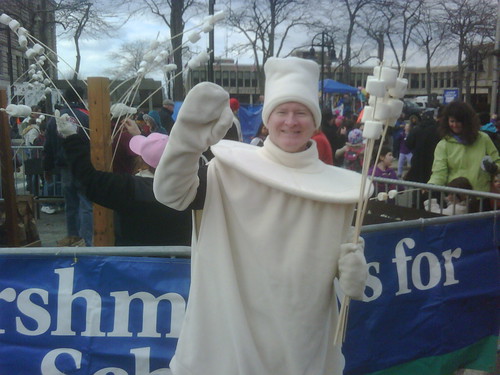 Michael Conway promoting the Lowell Rotary’s “Hot Roasted Marshmallows” booth, one of the most popular stops for kids given the number of sticky faces I observed. 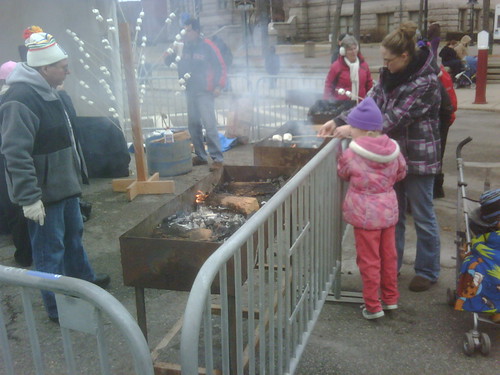 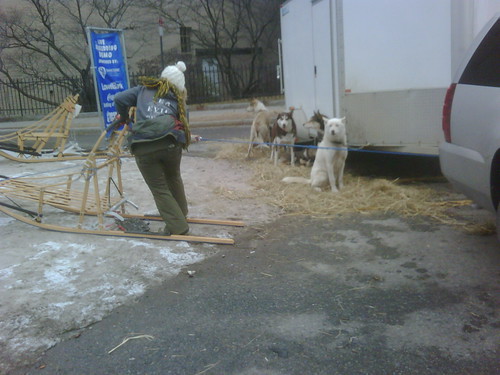 Huskies from Northern Exposure Outfitters staging a sit-down strike in protest of the outsourcing of their work to human beings. 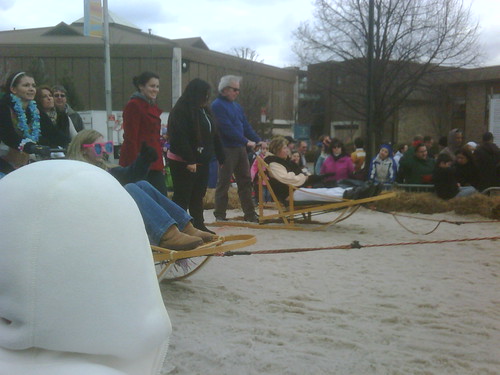 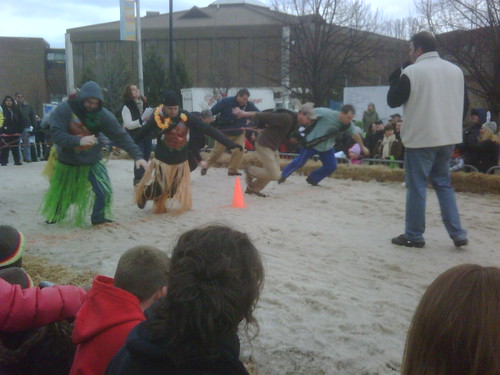 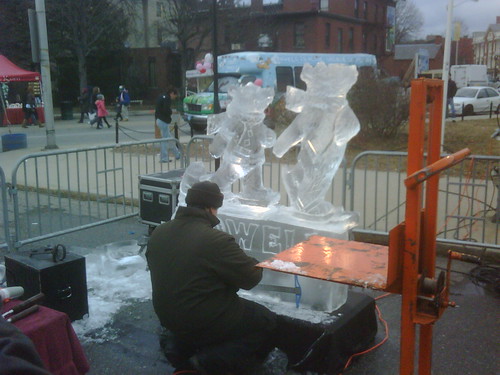