There were three neighborhood-sponsored candidate forums in this City Council election. Video was recorded of each candidate who attended and the recordings were posted to YouTube. A nice feature of YouTube is that it lets you see how many times each video was viewed, giving us a type of straw poll as we wait for the polls to open tomorrow morning. Here are the results: 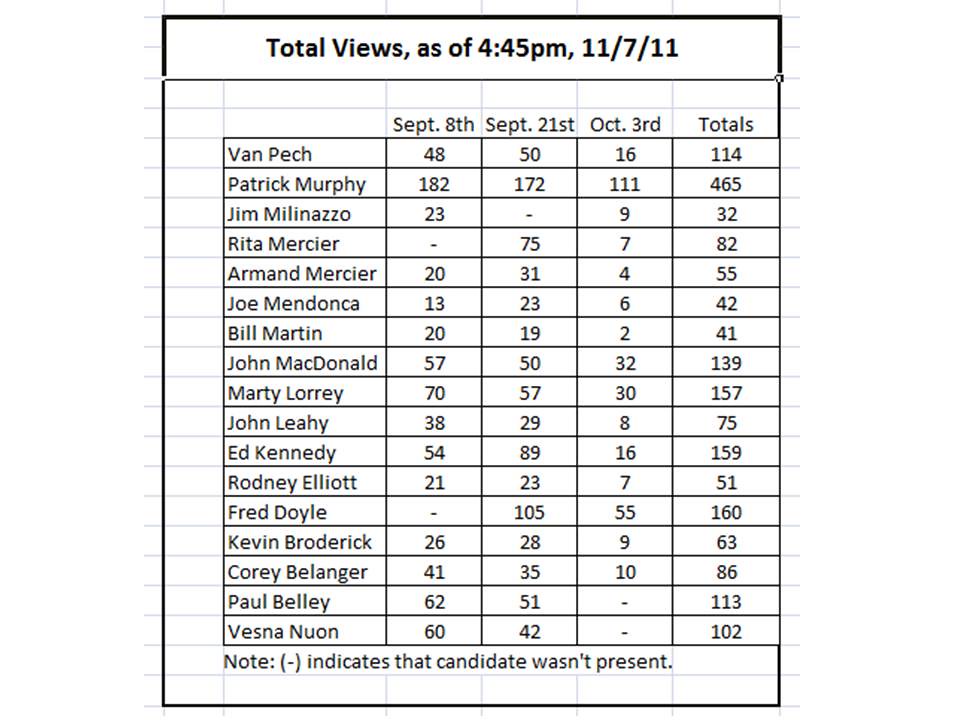 Aside from Patrick Murphy, whose total views were almost triple that of the next candidate, the top finishers were all challengers which might suggest that the electorate, at least that portion of it that gets information online, is interested in newcomers rather than incumbents. Tomorrow night we’ll see how accurate an inference that is.