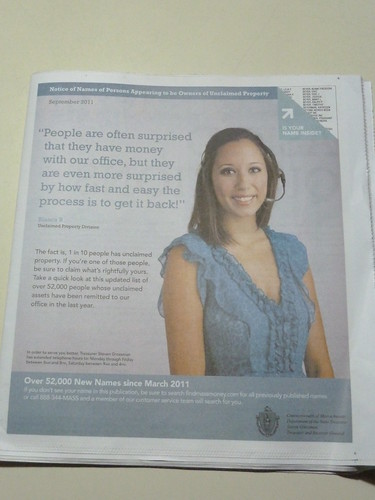 When the Commonwealth’s fall 2011 “Unclaimed Property” pamphlet tumbled out of the Globe yesterday, I didn’t recognize it. For the first time in my memory, the cover of the pamphlet was not graced with the photo of the incumbent State Treasurer. Joe Malone, Shannon O’Brien, Tim Cahill, you name it, they were on that cover. There was nothing wrong with it but just because it was done so universally, current Treasurer Steve Grossman‘s departure from that tradition was startling and refreshing. Instead of his photo, the cover (above) has a picture of “Blanca B of the Unclaimed Property Division” and the back cover (below) has a group of her co-workers. If you didn’t get the pamphlet, you can check out the names at www.findmassmoney.com. 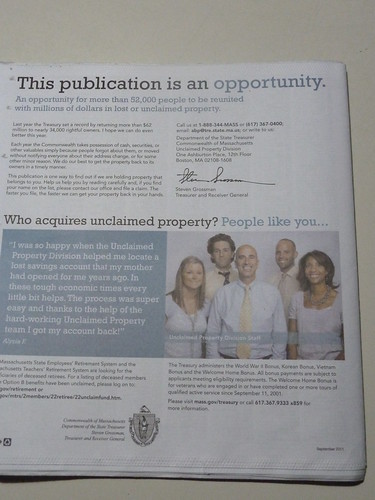