The new Martin Luther King Memorial opened today. Located south of the National Mall – across Independence Ave from the Korean War Memorial – and along the banks of the Tidal Basin which is also home to the Franklin Roosevelt and Thomas Jefferson Memorials, this newest addition to our capital’s public monuments will have its Grand Opening this coming Sunday when President Obama and hundreds of thousands of others are expected.

Just ten days ago I was in DC and walked past the site of the Memorial. It was fenced off and was buzzing with activity as construction crews raced to complete it in time for today. Apparently they succeeded. The photos below were taken from Independence Ave looking south into the grounds of the memorial. 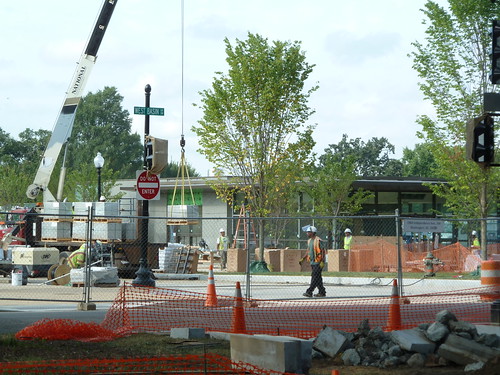 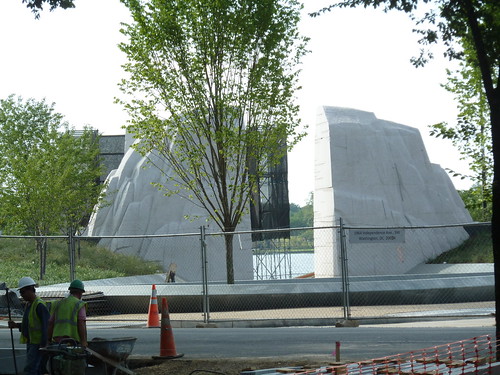 One Response to Martin Luther King Memorial opens in Washington