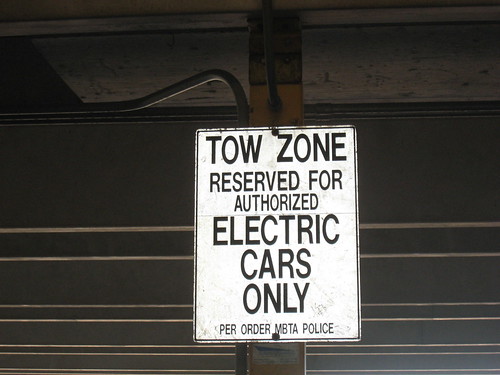 Heading into Boston today, I parked at the Alewife MBTA parking garage on Route 2 and caught the red line the rest of the way. Along the outside perimeter of the second floor of the garage, the above sign and many others identical to it lined the walls. Also attached to the wall alongside each parking space was a box with some insulated wires jutting out. Most of these boxes were covered with plastic but a few were exposed so I snapped the photo below. It looks to me like the MBTA is getting ready to provide “electric car charging stations” for commuters. Drive your electric car to the garage, plug it in and while you take the T to work and spend the day in the city, your car’s battery is restoring itself for your afternoon commute home. It’s a pretty neat concept, one that I’d heard of before but had no idea it was this close to implementation. 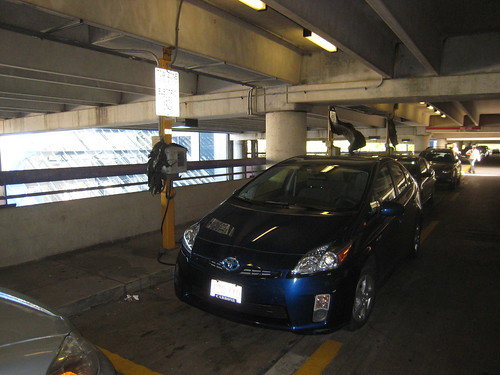