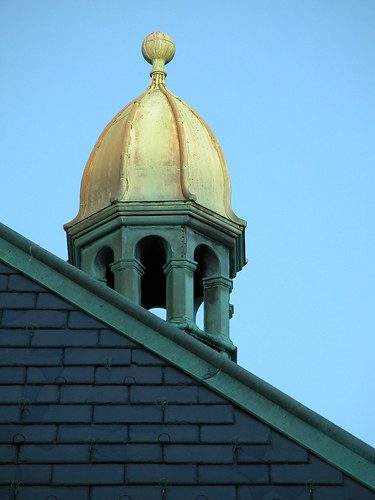 Tony Sampas share more photos of Lowell City Hall, these two of some of the fine architectural details most of us – OK, me – fail to notice despite passing by and through the building hundreds of times. Tony also passed along the following from the Lowell Cultural Resources Inventory by Shepley Bulfinch Richardson and Abbott (1979):

Lowell City Hall is in the Richardsonian Romanesque style and was completed in 1893.

The new City Hall is constructed of white Conway granite. It is four stories tall and U-shaped in plan. In the center of the Worthen Street façade is a projecting central-entrance tower which rises to a height of 180 feet. The tower is flanked by wings which terminate in corner pavilions. The multiplicity of steep hip roofs atop this structure may be classified as chateauesque. All of its facades are formally finished. Stylistically, this structure features Richardson Romanesque surface treatments. Round arches, rock-faced granite surfaces and foliated capitals appear on its facades. The principal entrances to the building face Merrimack and Worthen Street.

The construction of the new City Hall and the Memorial Hall provided Lowell with an imposing centerpiece for its downtown. The 180 foot City Hall tower is a primary, if not the primary, focal point in Lowell. The new City Hall presides over an historic district of important nineteenth century buildings which include the Blank Block, Yorick Club, First Congregational Church and others to the south and east. To the north and west of the New City Hall is the new Lowell of the 1960’s urban renewal. Stylistically, it is one of the finest examples of Richardsonian Romanesque in Lowell, along with Memorial Hall and the Post Office at Gorham and Appleton Streets. Lowell’s new City Hall and memorial Hall represent a civic center which “was a sign of the evolution of the community into a modern city.” 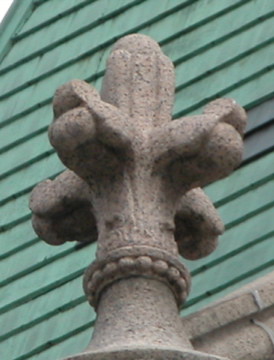