Eric Linder’s new book is The Blue in the Eye of the Girl at La Jolla: New & Selected Poems. His work has appeared in Harvard Magazine, The Quarterly, and The Annual of Light Verse and Funny Poems. He has owned Yellow Umbrella Books in Chatham, Mass., on Cape Cod since 1980. Before that he owned The Chelmsford Bookstore in Chelmsford Center, a yellow building at what used to be called “chicken corner” for the risky traffic pattern. This poem is from his new collection of poetry, which is available at loompress.com 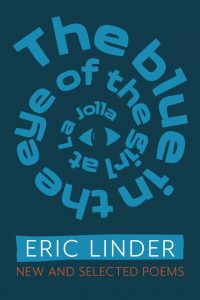 Heidenreich had a way

with words. He never merely

You noticed this right off.

is Mr. Heidenreich. The name

You studied the bite, counted

college and gone to dental school.

A plethora of events, never

a multitude, seldom a profusion.

Emily sat opposite me on the

semi-circle. We were both

the open end, each class a

skirts were brown or gray

or navy blue, her blouses neat,

buttoned at the neck.  She sat

(for me) together, feet flat on

the floor, heel and toe touching,

These were the cold war

I studied Emily’s legs. On

a beaver scale of one to ten,

she scored a definite zero.

Paula Bella Bella was a

girl, attractive even with

braces and too much makeup,

is a nice word. One afternoon

on the bus home from school

Paula confided to me that

what she called a smooth

spread to prove it.

of naughty Paulas and proper

with me and the bare necessities.

One Response to ‘The Cold War’ by Eric Linder