In the spirit of Lowell Walks, here’s a reprise of a blog post from March 2009. Michael Creasey, then-national park superintendent, joined me for a hike along the Pawtucket Canal, the western reach. This sketch appears as a sidebar in my book MILL POWER, about the Lowell comeback starting in the 1960s. Much has changed in 12 years.– PM

Watching the Canalway (with Apologies to Elvis C.)

WE HAD A PURE BLUE near-spring morning for a Sunday walk that loosely traced the rough cut of a stretch of canal walkway along the midsection of the Pawtucket Canal. My walking partner this morning has expert knowledge of the Canalway, the official name of the system of canal-side paths that crisscross the city. We met on Jackson Street and traversed the Hamilton Canal District, where we may see some real construction start by late spring or early summer. There’s a mini-industrial canyon vista up the Hamilton Canal with two remaining suspended walkways over the water. The area was fairly quiet at 8 a.m., with the Charter School not in session and the upper-story residents getting a slow start on Sunday. Photographer Jim Higgins calls this area the “last frontier” of Lowell’s mill-scape. Once redevelopment begins, changes will come swiftly. The plan calls for extensive preservation and adaptive reuse—and even the protection of some of the factory ruins as architectural evidence of the scale of production once seen in this part of the city. These are the early mills: Hamilton Mfg. Co. (1825), Appleton Co. (1828).

We walked over the Lord Overpass and crossed the invisible line between the Acre and the Lower Highlands. The sidewalk overlooks a subterranean section of Middlesex Street that you have to be looking for not to miss. Of note is the Nobis (sustainable) Engineering building, a historic rehab of the former Davis & Sargent Lumber Co.—which is being certified by the U.S. Green Bldg. Council as a Leadership in Energy and Environmental Design (LEED) project and may be the first LEED project in Lowell.

Around the back rises an unusual chimney, and the side closest to the Boys and Girls Club is clad in corrugated metal that complements the cleaned-up brick and stone exterior of the original structure. The property backs up to what will be the Canalway path. Birds sang loudly in nearby trees. Next door, Kenny’s Cleaners (leather and suede service center) occupies an impressive brick building whose weathered green window bays jut out, flanking a stone archway above the door. Behind the Boys and Girls Club back lot is jungle-thick brush, high twisted thickets and inter-wrapped branches that can hide any kind of wildlife.

We popped out around the side of the Club, opposite Palin Plaza with its Asian angles and busy business cluster (Angkor Wat Realty, New Palin Jewelry, White Rose Restaurant, H & R Block, etc.). Roberto Clemente Park across the street was unusually deserted—it’s one of the most active parks in the city: basketball, skateboarding, volleyball, swings.

California-based poet Tom Clark (who wrote one of the best biographies of Kerouac) has two memorable poems about the baseball legend Roberto Clemente. One short one goes this way: “won’t forget/his nervous/habit of/rearing his/head back/on his neck/like a/proud horse.” The other poem recalls Clemente’s death in a plane crash at sea (near the so-called Bermuda Triangle) while on his way to deliver disaster relief supplies to earthquake victims in Nicaragua in 1972. Clark’s poem called “The Great One” concludes: “No matter how many times/Manny Sanguillen/dove for your body/the sun kept going down/on his inability to find it//I just hope those Martians realize/they are claiming the rights to/far and away the greatest right fielder/of all time.” 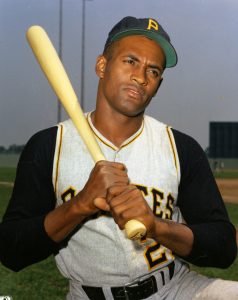 At this spot, the Pawtucket Canal makes a broad curve around Western Avenue on the other side. In the early days of the National Park, tourists in the canal boats swinging up this way would often get waves from the workers in the Joan Fabrics plant when the windows were open. Today there are hundreds of artists working in studios in the massive industrial structure.

Past Clemente Park, we slid down a side street (Saunders) that dead-ends at the canal, where there’s a big old taxi barn for yellow cabs, and proceeded down Payne, where you begin to think that Lowell is the auto-body-repair-shop capital of the northeast. We’ve got Le’s and Vo’s and M & R and James Trinity bunched up. At the corner is School Street Light Truck Parts with a neat, compact operation that reminded me of Hampton Beach. Truck fronts and backs, cabs and rear ends, are stacked three high just like the shelves of boats at Hampton marina. A green canopy shields a row of tires. We noticed a funny juxtaposition of businesses in the building—upstairs are a chiropractor and a sign about legal help.

We crossed the Korean War Veterans (School Street) Bridge and passed through the National Grid complex behind the Stoklosa School. When I was a kid, my father would drive our family over the original School Street bridge late on Sunday afternoons to get fresh-out-of-the-oven donuts from Eat-a-Donut farther down on School, and we’d eat them in the car. I always chose marshmallow and have never had one better. I also remember the huge gas tanks in the Lowell Gas Company complex on School Street. I can’t remember if there were two or three reddish brown behemoths several stories high, which always looked ominous, something out of scale for the location.

We wound our way back up Willie and Franklin streets, where, on Franklin, I’m pretty sure, there are two remarkable small stone houses on either side of a wooden house with a strange roof detail that reads “1902.” From there we picked our way back to the recently completed section of the Canalway along the Western Canal at Suffolk Street, behind the American Textile History Museum, and then crossed Dutton to the Swamp Locks area and back to our starting point. The ice has not completely given up its hold on the canals, and we were surprised to see a beat-up blue rowboat trapped in the lower part of the Merrimack Canal. How did it get in there?