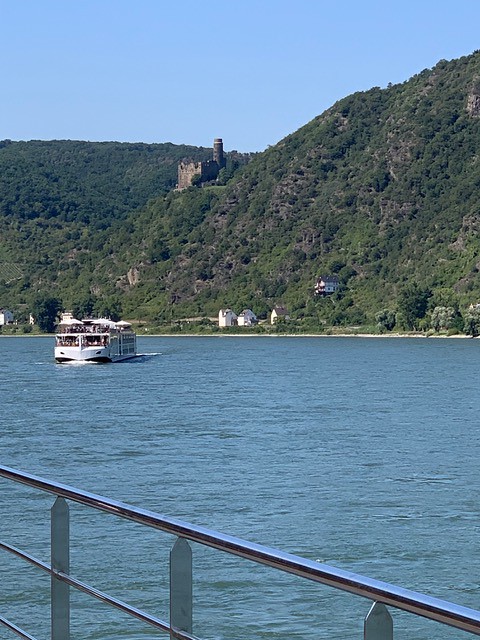 On a Rhine River trip with his wife Rosemary in 2019, Paul Marion was transported back to 1969 by a dubbed-into-German classic American film. Here’s a poem he wrote about the experience. Also, coincidentally, this Friday, Oct. 9, would have been the 80th birthday of John Lennon, who is mentioned in the poem. Let’s all have a peace thought for John.

On the ship TV with Rhine River black outside closed drapes

From 1969 reporters following a tie-dyed trail and grass scent

To communes like the desert crib that Peter Fonda studies

As closely as a Margaret Mead-detective, but in his back yard

Not the South Seas, the natives this time with blond hair, and

He’s curious about the sex part of the cave arrangement—

His hopped-up Hopper sideman leering and lapping it up,

For the women of the house. We don’t see Jack N. in this bit,

Being featured tonight as a link to Fonda’s recent death,

Fifty years to the movie’s summer and moon-men landing,

Just in time for Woodstock tales (the anniversary concert

Of Amsterdam, a media piece bragging on the loose vibe

Peaking when San Francisco and Amsterdam were twin capitals

Of Freak World, the Netherlands famously drawing the famous

Who told John (you know) at an L.A. party that he, Peter, knew

What it’s like to be dead, which we later heard about on Revolver,

That party just before hyper-alert Joan Didion sensed the

American Center was not holding, although she may have been

Melodramatic given what we know fifty years later—that the music

Really had a hold on us and hasn’t let go, the music beat time and

Has been the glue, witness Zap Records in downtown A-dam

With its fat bin of Beatles’ vinyl, first on the left when you enter,

Dusseldorf and watching Easy Rider dubbed and without

English subtitles, which doesn’t matter—just look at the picture,

Wait for the sticky music and bloody ending, no translation needed—

No director’s-cut resurrection for Wyatt and Billy in the re-run. 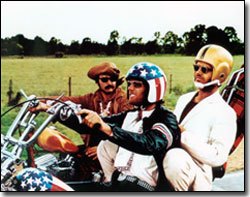