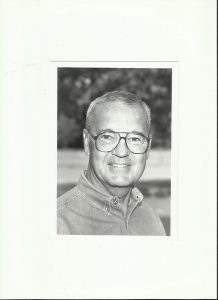 Best Seat in the House

I had the best seat in the house at Fenway Park.

I was in a rooftop chair behind home plate with a clear view of the entire field.

I was in the press box.

I was a kid in a candy store.

It was 1967 and I worked for a news wire service, United Press International. I had been with UPI six years by that time, working mostly in the Boston news room. We had a regular sports editor but a couple of the news staff occasionally covered events like golf, tennis and college football.

But the prize assignment, for me anyway, was covering the Red Sox.

Dick Williams was the manager and the coaching staff included the Sox’ former All Star second baseman Bobby Doerr, and Sal “The Barber” Maglie, who pitched for several teams and supposedly earned the nickname for giving batters a close shave with his fastball.

The Sox went to the World Series that year, Williams’ first as Boston manager. They lost to the St. Louis Cardinals in seven games but that’s a sad story for another day.

The story today is about the thrill of a young man going through the Fenway Park press gate with credentials in hand and walking up the first set of stairs to field level. The initial view of that gorgeous expanse of emerald green grass was breathtaking. Every time. Then came the climb to the press box, carrying that badge of the profession, the portable typewriter.

The press box today has moved much higher and is now on the third base side. Reporters see the action through large windows and do their writing on laptops. I went up there on a tour a few years ago and didn’t much like it. Too high. Too far away.

Sports writers in my era sat out in the open where you had to watch out for foul balls. Proof of that dangerous possibility came in the form of a dent in our sports writer’s typewriter. The press corps then included such local newspaper luminaries as Clif Keane, Bill “Jake” Liston, Tim Horgan, Ray Fitzgerald and Will McDonough, among others.

Keane was known to shout down at opposing players during pre-game warmups. On one such occasion his taunts brought a few baseballs careening through the press box. The targeted player had a good arm.

The job of actually covering the game was as challenging as it was thrilling for me. The game of professional baseball may seem leisurely to the fan in the grandstand, but when covering the game alone in the press box it can accelerate quickly, especially in the late innings when pinch hitters emerge from the dugout and relief pitchers trot in from the bullpen.

The game story was usually brief, probably only 150 or 200 words, but we had to phone it in after the seventh inning. It was always a race to beat our then arch rival, the Associated Press. I guess the idea was to play the odds. Maybe nothing significant would happen in the last two innings. If something did happen, and often it did, a hasty re-write was needed.

But the writing wasn’t the toughest part.

At the end, when you phoned in the game, the staffer who took your call would keep you on the phone until he “proved” your numbers. There was a formula for that. You held your breath until he finally said, “OK. It’s good. Have a nice night.”

One night that didn’t happen. One night the numbers didn’t add up. The stands had emptied, the lights were going out and the press box was almost empty. Only one other writer was left. Nearing panic, I called to him. “Frank, my numbers are off. I’m a third of an inning short on pitchers.” And Frank, bless his heart, scanned my work and said, “You missed a reliever. He threw to only one batter and got him out.”

How could I possibly have done that? In the heat of the moment, easily.

The fun part was visiting the locker room and talking with players who for me had been, until then, only names from stories that others had written. And, some of the coaches, like Doerr, had been legendary when I was in high school.

Sometimes the post-game visit included a stop in the manager’s office to ask for his views of the game. I found one of those sessions a bit awkward when Dick Williams appeared, post shower, wearing nothing but a towel around his neck. You had to ask questions while gazing at the wall. It was an unusual press conference.

Over the years, journalism brought me to many places and into the company of many fascinating people. It ran the gamut.

But if I could go back in time, which experience would I choose? No question. There I’d be. Trudging up that stairway to the Fenway press box. Typewriter in hand. The heart beating just a little faster.

One Response to Jack McDonough: Best Seat in the House