Christine P. O’Connor is a writer and attorney in Lowell. She has an essay in the literary anthology Atlantic Currents: Connecting Cork and Lowell, which is forthcoming in April. This is her first appearance on the Howe blog. The essay surfaced on her Facebook page a few days ago, after which we asked if we could reprint it on the blog because we like it so much. The accompanying photographs are by her. We look forward to future contributions to this publication.

Mr. Moonlight, the Psychic, and the Man on the Plane 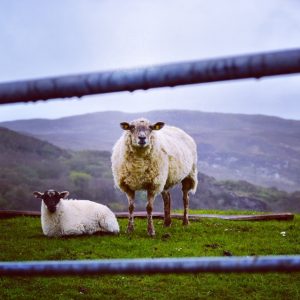 I recently attended a three-day workshop with poets Enda Wyley and Angela Carr in Tipperary. It was a great few days with two generous and gifted writers. But, the big news in Carrick-on-Suir wasn’t our workshop or the upcoming Clancy Brothers’ festival; it was the pending verdict in Ireland’s longest murder trial.

Although an American, I felt a connection to this case. Six years ago, on a flight from Dublin to Boston, I sat next to a man from Tipperary, who told me about a recently discovered body in the slurry pit of a local farm. It was a story of murder told over a couple of Heinekens. It began with an adulterous affair between a Tipp farmer and his widowed, sister-in-law, who lived on the neighboring farm. Things soured, and she became involved with another man, a local DJ known as Mr. Moonlight. As time passed, something evil grew in those fields between them, until one day, in the early morning hours, Mr. Moonlight disappeared.

The man told me that the gardaí had become so frustrated by the disappearance they eventually worked with a psychic, who as it happened, was his cousin. The psychic was convinced the body was hidden under water.

“She was right about that part,” he said with a nod of the head. 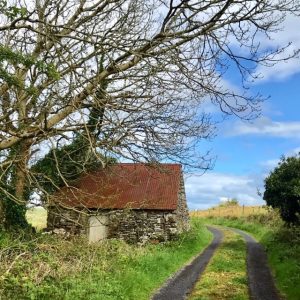 The slurry pit where Mr. Moonlight was discovered, was on the very farm where he spent his last night. It had been nearly two years since his disappearance, two years of wondering and agony for the victim’s family and friends. The Tipp farmer claimed to discover the remains while reopening the discontinued pit. He alerted his wife and called the gardaí.

From our cruising altitude of 30,000 feet we exchanged theories: who had access to the pit; who moved the van; did it have a black box; was it the widow, the farmer or both?

Over the next six years and several trips to the West, I occasionally wondered what became of the case. Soon after my arrival in Carrick-on-Suir, I caught up. The farmer was Mr. Quirk; the widow, Mrs. Lowry; and, Mr. Moonlight was Bobby Ryan. And then, some additional facts: the slurry pit, sealed and covered in grass, was known to only a few; Quirk still had feelings for his sister-in-law; Mrs. Lowry was no longer going to lease Quirk the pit and surrounding land; and just before he allegedly discovered the remains, Quirk ran internet searches on the decomposition of the human body. 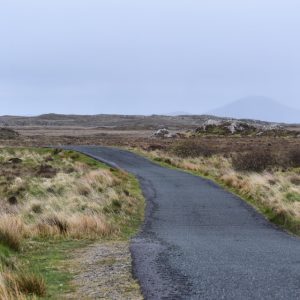 A few days after I left the writing group, RTÉ radio announced that a verdict was imminent. On a boreen in Connemara, my cousin Marie pulled over to await the news. I got out and snapped a picture of a lonely crow sitting atop an electrical pole. He too seemed to be waiting to hear. Back in the car we continued our all-day debate about the sufficiency of evidence, until the announcement of a verdict: “Guilty.” And just like that, the story I heard years ago came to an end. As we pulled away, I thought about the man on the plane. I wished he could have seen me there, waiting on the verdict, or know how I would have so liked to again discuss the case over a pint.

Just then a ping sounded from my phone. It was Bernie from the workshop:

“I always knew it was a real crime of passion,” she texted.

On my flight back to Boston, I thought of Mr. Moonlight, the psychic and the man on the plane. I thought of the victim’s daughter stoically describing her years of pain on the Marian Finucane Show. Reclining my seat, I thought too of how the remains of Mr. Moonlight must have weighed on Quirk for each of those 23 months he was missing. For Quirk, it must have been such a noisy patch of grass.

It reminded me of another tale of murder, Edgar Allen Poe’s The Tell-Tale Heart. After successfully hiding the body of his victim in the floorboards, the murderer is driven mad by the imagined sound of his victim’s heartbeat. Like Quirk, he reveals the body to the police. 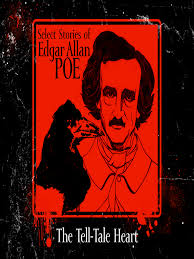 Poe had Irish roots, his grandfather hailed from County Cavan. Although he is best known for his poem “The Raven,” it’s his tales of murder and the macabre that made him famous. That’s because, murder although foul, fascinates us. It can capture the attention of a stranger on a plane, grip a nation, or ceaselessly weigh on the mind of a killer.

Murder, Poe once said, “though it have no tongue, will speak with the most miraculous organ.” Perhaps, deep from that slurry pit, the beat of a heart or the sound of late-night, dance music was heard by Mr. Quirk as he milked the cows, paid the bills, or looked across his field to the next, until one morning beneath a pale sliver of the moon, he’d had enough.