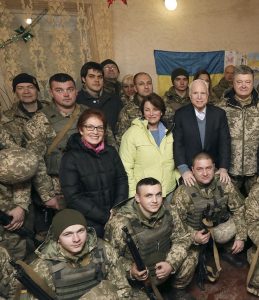 What’s happening in Washington DC every day affects each community in the U.S. This action in the nation’s capital is local news even if not in the 01850 through 01854 zip codes.

This video shows the respect shown to former Ambassador Marie Yovanovitch as she leaves the hearing room yesterday after testifying in the impeachment investigation of President Trump in which she told her story of being removed from her post because she was seen by the President as an obstacle in his effort to extract a favor from the Ukraine government to help gain a tainted advantage for the 2020 presidential election in the U.S.