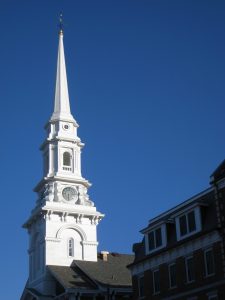 We write about a lot of things here, many under the umbrellas of politics and history. There’s no escaping the religious element in our present political moment when ethical questions about fair payment for work done, equal treatment of all persons, humane responses to asylum seekers, and responsible stewardship of the Earth translate into public policy decisions. This is written large and small in communities of every size.

The individual vote in the lobby of a public school is sent upwards to the State House or White House or Capitol in Washington, D.C. As much as possible, I choose to vote for candidates who represent my ethical and moral views as expressed within the confines of a government that pledges to ensure freedom to speak, publish, assemble, worship, and act according to one’s conscience. We separate officially matters of church and state in the United States of America, but each law by which we live, each public action taken on our behalf, expresses some part of the national soul.

I’m just back from a visit to Germany where people talk about the courage of Martin Luther, the 16th-century religious resistance fighter. I don’t agree with all his spiritual views, but his willingness to call BS on the church authorities is something to admire. The early Protestants who rejected the Catholics had their own problems with power over and control of the flock. Witchcraft in Salem, Mass.?

For me, good deeds matter in the end and “grace” received for believing is not enough. Walk the walk.

Christianity in the Western World needs a new Luther to shake things up.

It’s Sunday, and Timothy Egan has a sermon for us on Labor Day Weekend. 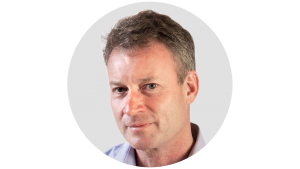