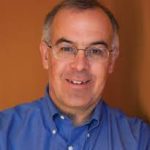 When I began contributing to this blog many years ago, I often would post links to opinion pieces in national media that I believed were worth sharing locally. I shared a lot of David Brooks’ columns, which may have surprised people. He’s on the NY Times commentary list as a conservative thinker, which is not my usual point of view. But he struck me and still strikes me as a thoughtful person who cares about the nation. I can differ with him on many things, but I will listen to his views. I began to refer to him as “Uncle Dave” on this blog because he has a kind of wise uncle attitude even though he is seven years younger than me. He had a piece in the NYTimes yesterday that I’m linking here.

As the 2020 presidential election comes into focus, the questions of who we are in this nation and what we believe to be the American way are being articulated more sharply. I don’t know if the next federal and state elections will begin to answer those questions in the form of voting results, but it would be a shame to miss the opportunity.