Here’s another literary update in my series about writers with links to Lowell and the region.–PM

Mike Casey has been publishing his poems since the early 1970s. He’s a graduate of Lowell High School, UMass Lowell (physics, Lowell Tech), and the State University of New York at Buffalo (master’s degree, creative writing). He won the prestigious Yale Younger Poets Award for his first book, Obscenities, a collection of powerful poems about his military service stateside and in the Vietnam War. He lives in Andover, Mass. 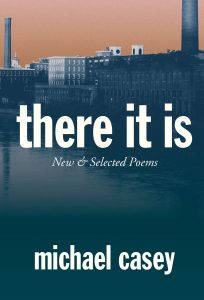 He is the author of several more books including There It Is: New & Selected Poems (Loom Press, 2017) and a new chapbook (or pamphlet) called Firearm ID and Other Poems (Ruminant Press, 2018). Reviewing There It Is in the current issue of Consequence Magazine, Elijah Burrell writes:

“Casey produces speakers by blending the personalities of those he has met along the way. Each poem is talky-rich with the voices and stories of genuine and flawed human beings. Casey grew up in Lowell, Massachusetts—a blue-collar town where young men worked in dye houses, textile mills, and fish sticks factories before they were drafted. Their voices and accents—their idioms—ring true with the rough speech heard on factory floors, inside beer halls, and along the south-central coast of Vietnam during a time of conflict. Sometimes Casey writes the voices phonetically to capture the cadences and sounds of conversation.  . . .  Authentic stories rarely end on an image. Conversations conclude, often, in explanation. Sometimes humans need to talk out their experiences and Casey knows this. The good news is that there is room for all of it, and—as the book’s title says to us—there it is.” 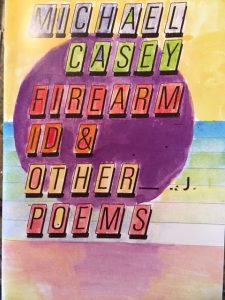 Mike has poems forthcoming in The Evening Street Review and Ibbetson Review. The editor at Ibbetson has nominated Mike’s poem for a Pushcart Award which recognizes excellence in literary magazines and books form independent literary publishers. About the Pushcart nomination, he said, “This is the second time that has happened in 50 years, and so I am set on fire.” Kudos to him for that.

Last month, Mike gave a poetry reading to an appreciative crowd at the Amesbury Public Library, and he was in central Mass. reading this fall.