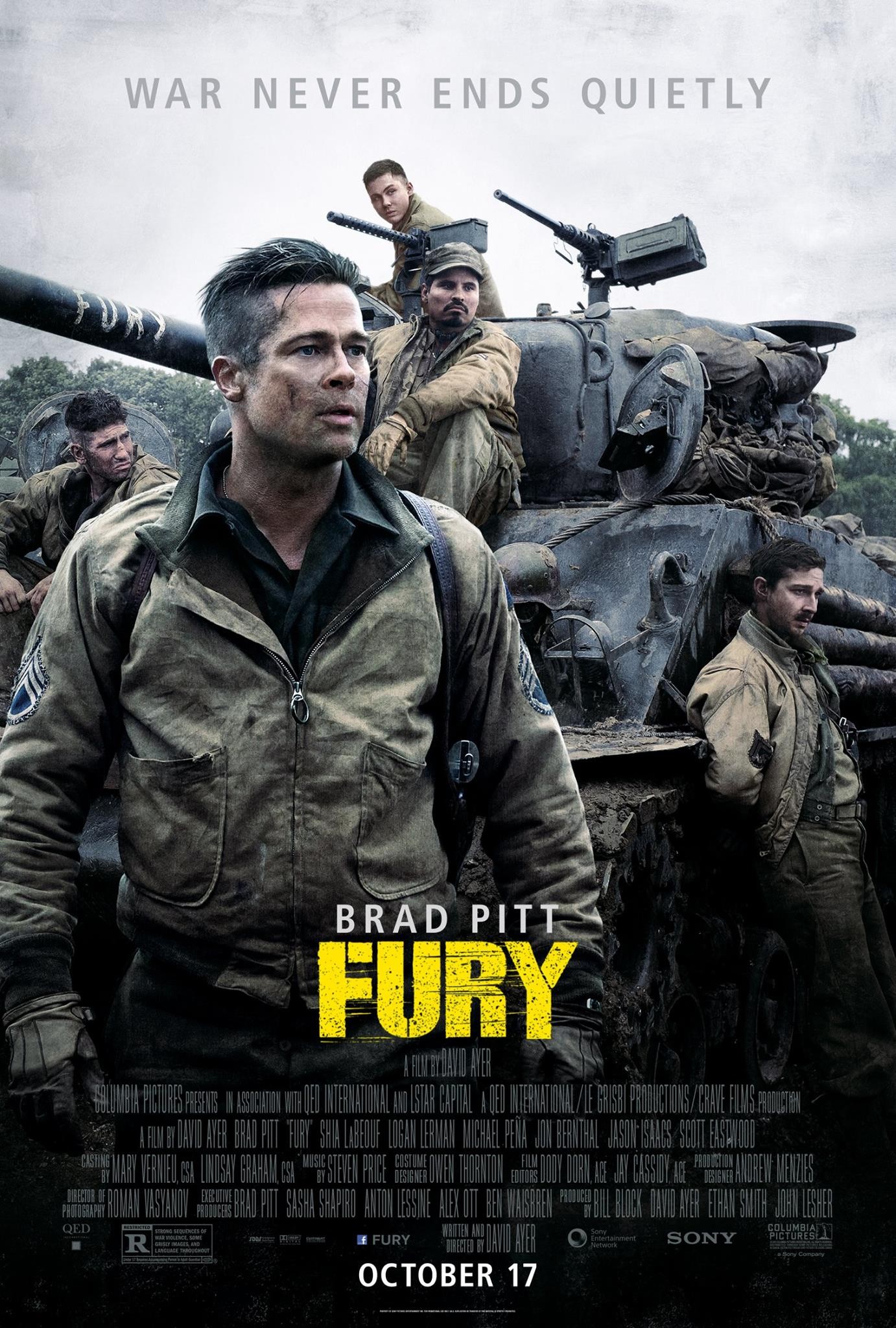 If you like “war movies”, don’t miss Fury, a new film starring Brad Pitt as a U.S. Army tank commander in Germany during the closing days of World War Two. It’s a little like Saving Private Ryan with armored vehicles. The movie follows the five-man tank crew from engagement to engagement to a climactic battle at the end. There’s a lot of mud and gore and the uniforms and vehicles (especially an actual German Tiger tank) are all as accurate as a movie filmed in 2014 can be.

As the movie’s opening states, American tanks had thinner armor and smaller guns than their German opponents and the US tank crews paid a very high price. Several scenes in this film show that in dramatic, jarring fashion so in that sense, Fury (which is the nickname of the crew’s Sherman tank) especially honors the heroism and sacrifice of US Army tankers in World War Two.

On a personal note, having myself served in an armor unit stationed in Germany in the 1980s, I especially appreciated the accurate depiction of life in mechanized vehicles in the damp, misty, muddy fields of that country. The movie trailer is below: