At five minutes to ten on a Wednesday morning I am standing in a small storage area at the county house of correction, waiting for my GED students. The 16-by-16 foot space with gray block walls, pipes overhead, and a single window with bars giving a view onto the corridor outside, is set up as a makeshift classroom. There are a handful of well-worn tablet desks. Taking up most of one wall is a dry erase board, its once-white surface dulled to pewter gray. I have my own marker in my shirt pocket, all I am allowed to bring in. My lesson plan is in my head. On one of the desks, someone has penned with a Sharpie: “scool sucks.”

I’ve lived long enough to have seen the changes from black boards to green boards to white boards to smart boards, though it seems my learning has been in inverse relation to the motion of educational technology. Nowadays the street outside is the board: the sky, the trees, the city, the road leading to this medium security facility for juvenile offenders. My students are in for drug busts, burglary, auto theft, and in one case home invasion.

Classes for youthful inmates are an afterthought. There are no yellow “School Zone” signs out there. Who designs those signs, anyway? Silhouette figures skipping to school: a boy in knickers, his book bag flying; a girl with a flared skirt and pigtails; frisky Fido at their heels. What school are they going to? In here the desks look as if the wood would be salty with tears.

Without fail, the clank of a lock makes me jump. I look up as the door opens and four young men file in escorted by a corrections officer. Last week there were three students, the time before that six. The four take seats. The CO glances at me, a look not baleful and stony, more glassy and bored. All yours, his eyes say. He locks the door behind him. In the enclosed space the air takes on a tang of sweat.

Carlos, Antwone, Hollis, and Brian. Brian is brand new. Only Carlos has been with me all four times. I think of the School Zone sign and the children on it. In their silhouette world there’s an apple on the teacher’s desk (and probably a thumbtack on her chair), and in the corner, on a high stool and wearing a tall pointed hat, sits a kid paying for making  arm-pit farts in class, or for carving with a pen knife “scool stinks” into a wooden desktop.

I get started with some simple review from last time. Carlos and Hollis offer responses. Antwone sneezes, his reaction to the lingering dust of old cardboard in the room, then he too volunteers. The new guy, Brian, has his eyes closed. Against the vertically sliced light through the barred window the four are dim shapes. I’m looking for the beauty in the room. The world. The lesson slogs on but has soon lost direction.

Leaving my lesson plan where it is inside my head—it’ll keep—I’m thinking of something to make our time feel a little . . . freer. Less gray. A compare and contrast assignment . . . things in that other place and in this place, drawing from each what might prove useful when they get back there. A survival kit, I say. What will you need? Carlos has some thoughts. I hand him the dry erase marker and he writes his ideas on the board. As do Hollis and Antwone. The new guy, Brian, eventually offers something. Unpacking the lesson plan as it forms, we think of some other items, too. It’s a good list. With the class period almost over, I draw a big circle around what we’ve got. Then, above it in block letters, I start to write.

Carlos, his hair in woven rows, is watching with alert eyes, and as I step away from the board he gives a secret smile of acknowledgement.

What I’ve written is ESCAPE PLAN. 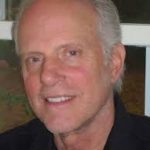