The jackpot kept growing. Each Wednesday and Saturday evening at six the lottery commission would tumble the little numbered balls, but the ticketholders kept getting zero, naturally. They’d buy more tickets, to the point where the payout was approaching a half billion dollars. That’s when my fellow educators decided we must combine our resources and buy a bunch of tickets and, if we won, divide the winnings.

Tilly Harris organized it. She’s good at that kind of thing. Eager and efficient, Tilly’s the one who got behind bake sales and raffles to raise funds for the school. We were a small crew, a dozen teachers, a couple administrators, a few support staff—about twenty of us in all. If we got together, Tilly said, and pooled our money? At two dollars a ticket? We could buy a hundred lottery tickets, a hundred chances to win! Everybody was in. Almost. When Tilly asked me, I said no thank you.

To give it context: in my home growing up, my parents were pretty straight Christians. They never really forbade anything, there were just things they didn’t do. Smoke, for instance, or drink alcohol, or play cards. They didn’t watch a lot of television either. Some of this rubbed off on me. I like to have a drink on occasion, but I don’t smoke or play cards, and when people mention the TV shows of their youth, the communal vibe of having watched The Brady Bunch, Friends, and The Simpsons, I go blank. Not that any of those things was a sin, it wasn’t like that; it’s just that doing them wasn’t productive. That was a big one in my family: being productive, not being idle. And those were habits I inherited.

So when Tilly Harris came to my classroom on a Tuesday afternoon with a manila envelope and a checklist of the faculty and staff and explained the plan for the big lottery, I politely declined. She had her pencil poised to check me off. “Really?” She seemed surprised. “It’s the price of coffee and a muffin.”

“We get mass buying power, more chances to win. Everyone else is in. C’mon, it’ll be fun. Like finding money.”

I didn’t have to do the math. It’d be a lot of money. And it certainly wasn’t the expense: a few bucks against a chance to be wealthy . . .  “Thanks anyway, Tilly. I wish you all luck.”

“Okay, well, if you change your mind, I’m buying the tickets in the morning.” She didn’t push; she’s a good soul.

That night I couldn’t sleep. When I’d wished them luck I meant it . . . but I saw the problem. If by some fluke—against the crazy ridiculous odds!—one of their tickets was the winner, they’d be rich! Come Monday they’d all give notice. I’d be the only one still there, just me and the students. In spite of myself, envy and jealousy would chew me up. And although they wouldn’t intend to—they’re fine co-workers, decent people—they would start to resent me. They’d feel guilty and probably think: “We have to give him something; he is our colleague, after all. Not a full share—he didn’t take a chance—but something.” And of course, in time, their guilt and reluctant charity would sour to hatred.

I lay there wide awake (my wife asleep beside me, blissfully ignorant of my torment), and the outcome, if they won, became clear. I’d have to kill them. All of them. I knew, too, that to be rid of their guilt, they’d have to kill me. Actually, they’d hire a hit man, the way, with all their riches, they would hire gardeners, chauffeurs, and dogwalkers. And one day, when I didn’t expect it, if I hadn’t offed all of them first . . . adios for me.

I woke up with my jaw aching from grinding my teeth. Driving to school I replayed my dark night thoughts and came to the resigned conviction that it was inevitable, that one or the other of those outcomes was fated to occur.

Before first period I found Tilly Harris and handed over ten dollars. She bobbed her head happily; the jackpot had reached $1.2 billion. “Say a prayer,” she said. She was going right out to buy a hundred tickets.

That was a year ago. We’re all still working. 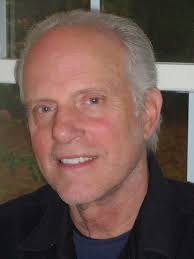