The median American household has only about $12,000 in savings. 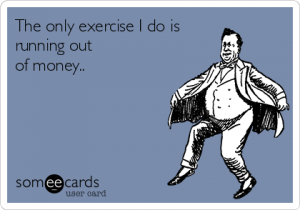 This quotation is from today’s New York Times, a guest essay on the opposite-editorial page by Caitlin Zaloom about the high cost of a college education and the financial impact on families who are not wealthy.

Here’s the essay link to NYT.

I’ve seen other reports that showed far less money in the hands of a typical family. Median is the midpoint. Many people below that number. Using Federal Reserve data, Bankrate reports a figure of $8,863 for a household (bank or credit union assets). GoBanking states that 58 percent of Americans (households?) have less than $1,000 in savings. When looking at people of color, the figure drops way down.

In 2017, the Boston Globe published an unforgettable article about non-immigrant African-American households in Greater Boston whose median net worth was $8 (eight dollars, no typo), citing a study by the Boston Fed.

Is this the main issue for the 2020 election for President and Congress and down the ballot for state and local candidates?

Who is talking about this crisis all the time? Sen. Elizabeth Warren, Bernie Sanders, Alexandria Ocasio Cortez, others?