Joe Blair is an occasional contributor to this publication. He lives in Iowa but grew up in the Merrimack Valley. His first book By the Iowa Sea: A Memoir (2012, Simon & Schuster) established him as a national voice. This prose sketch first appeared on Facebook in November, 2020. 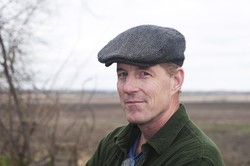