I told my co-blogger Dick Howe that I would write a series of posts about the 2020 presidential campaign because everything is connected: national-to-local, coast-to-coast, global-to-regional. When I lived in Lowell I walked across Highland Street to the Rogers School, the James P. Scondras Memorial Gymnasium, to vote in every election while I was a resident. From City Council to President of the United States. What happens in Washington, D.C., affects life in the states and towns every minute of every day. And that’s a good thing because we live in a representative democracy. Those things happening in the nation’s capital are not allowed to occur without the consent of the governed, the people, the voters. We’re approaching, really, in it already, the big contest that comes around every four years for control of the executive branch of our federal government. The presidency.

More than 20 members of the Democratic Party are competing for the nomination to represent the party against the incumbent in the White House, the Republican Donald Trump. For me, it’s been a Twilight Zone experience for the past 2.5 years watching Trump barge around the political stage, knocking over furniture and pulling down curtains every day. Has there ever been anything so strange to observe in the presidency? Aside from looking like President Grover Cleveland in profile, Trump resembles nobody who has ever held the office. That said, more than 60 million people voted him in, and our system worked in such a way that he gained the required electoral college votes to win.

Of all the Democrats (Is Bernie a Democrat, really, or just visiting from his Independent island?–to be clear, I supported him last time)–of all the Democrats, I picked up three campaign autobiographies at the Jabberwocky Bookstore in Newburyport last week. I told the clerk I was supporting the Freedom of the Press with my purchase. I also got historian Jill Lepore’s short manifesto called This America: The Case for the Nation and former speechwriter David Litt’s witty memoir Thanks, Obama: My Hopey, Changey White House Years. Of the candidates, I’ve been reading the books by Kamala Harris, Pete Buttigieg (Buddha-Judge), and Michael Bennet. I’m particularly interested in any behind-the-scenes revelations or descriptions of what they were doing when nobody was watching, as the cliche goes. This kind of book is an introduction to voters and a summary of the candidate’s world view and policy vision.

I don’t have a great track record of picking winners other than getting on the Barack Obama wagon early in 2007 and riding it all the way. I’ve been watching US Senator Michael Bennet of Colorado for about a year, wondering if he would run for president. He impressed me as a smart, progressive guy with some qualities that Paul Tsongas exhibited, meaning that he is compassionate and practical. Paul used to say, “You can’t be pro-jobs and anti-Business.” Bennet is more in the middle of the Democratic policy spectrum but hits all the right notes on the environment, education, immigration, health care, and income equality. The subtitle of his book is Restoring America in an Age of Broken Politics. He fiercely condemns GOP Senate Majority Leader Mitch McConnell of Kentucky, who now has a formidable opponent in one-time Marine fighter pilot Amy McGrath. Bennet blames McConnell for poisoning the political waters in Washington. Bennet’s book includes a lengthy section on his thoughtful deliberation before voting to support President Obama on the Iran nuclear control agreement. He prevailed in his re-election against hysterical attacks by the GOP, saying he chose “terrorists and madmen” over US citizens. Figures like Bennet are essential to future success of Democrats nationally. He describes Colorado as a third Democrat, a third Republican, and a third Independent. It’s a western Purple state that’s been showing Blue tendencies. The Democratic Party must encourage Western Democrats like Bennet and Gov. Bullock and Sen. Jon Tester of Montana. If these Westerners want to be Democrats, the coastal and urban D’s have to believe them. 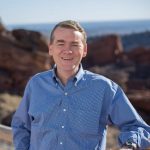 A former School Superintendent in Denver, Bennet adds an extensive list of sources and recommended readings in his book, which reveals a mindset. He praises Walt Whitman’s poetry, recommends Emma Lazarus’s words on welcoming newcomers, quotes Frederick Douglass’ Fourth of July address of 1852, and highlights Thucydides on the danger of political factions obsessed with power. Here’s his website and a YouTube clip of him blasting US Sen. Ted Cruz about the federal government shutdown.

Bennet’s been in the race about two months and struggling to gain traction. In the latest financial filing he reported raising about 10 percent of the amount that top-tier players like former Vice President Joe Biden and US Sen. Elizabeth Warren raised. He’s got a lot of ground to make up.

US Senator Kamala Harris of California is rising in the public opinion polls and pushing toward the head of the pack. Her name is pronounced “COMMA-lah.” She arrived on the political scene some years ago with high expectations. She reminds me of Barack Obama in that regard. Moving fast. From Attorney General in Calif. to US Senate and now a presidential candidate. She has the tools from what I’ve seen. Her book, The Truths We Hold: An American Journey, recaps her path as a politician and lays out a vision of a caring and fair society. She writes about growing up in a family with a father and mother from Jamaica and India, respectively, the dad an economist and mom a cancer researcher. I was struck by a long section in her book about the supportive network of families in Oakland when she was growing up, including an after-school program in one family’s home and a community cultural center called Rainbow Sign where black residents gathered for film and dance events and guest speakers like former Congresswoman Shirley Chisholm and author Maya Angelou. Clearly, these formative experiences helped make the future Senator who she is today. She writes, “I came to understand that there is no better way to feed someone’s brain than by bringing together food, poetry, politics, music, dance, and art.” 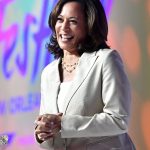 Harris’s criminal justice background gives her a street credibility as a liberal, always an issue when GOP law-and-order rhetoric starts raining down on the Democrat. She has taken heat from some progressives, for example, who critique her decisions in enforcing the laws on school truancy. Twice, early in the campaign, she got herself in tricky situations related to her stance on health care coverage, standing up for Medicare for all and indicating that she would support the elimination of private insurance plans. She backtracked on abolishing private plans, as far as I understand it. She doesn’t have the range of policy plans that Sen. Elizabeth Warren has rolled out week after week, but there is not a lot of difference between the leading progressive contenders on the core issues like tax policy and climate change. She smiles a lot when she’s on the trail. Here’s her campaign website.

The mayor of South Bend, Indiana, is running for president. He’s a strong mayor, so it’s not exactly like Lowell’s mayor Bill Samaras running for president. South Bend is smaller than Lowell. Pete Buttigieg (Buddha-Judge) is a man in a hurry. He’s not forty years old, and he looks younger. In the second quarter of 2019, Mayor Pete (people call him that because they can’t pronounce his last name) raised $24.5 million, shocking the media observers and political professionals who keep track. He’s not policy heavy in his presentation, but rarely does he fail to impress questioners and listeners with his knowledge on almost every topic. He’s battling a rear-guard problem back home this summer because of community stress caused by friction with local police and charges of racial insensitivity or worse. Recently, a black man was shot and killed by a South Bend cop. In the first debate among Democrats, Mayor Pete said he had not been effective in dealing with racial issues related to the police department. There are few black officers, for example. The number has dropped from 29 to 15.

Any mayor can bleed out from a million municipal cuts, so it remains to be seen if Buttigieg can keep moving forward. He’ll tell you anything you want to know about Smart Sewers, an example of city-university cooperation that he cites in his book Shortest Way Home: One Mayor’s Challenge and a Model for America’s Future. His university at home is Notre Dame, which a lot of mayors would be happy to have in the back yard. His parents both taught there, maybe still do. The campus-city partnerships can be a special weapon for mid-sized cities lucky enough to have a college, whether collaborating on economic development initiatives or engaging in efforts to address social challenges like homelessness. 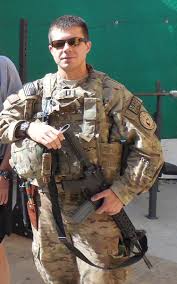 Mayor Pete has provided a refreshing counter to the Republicans’ claim on Christian religion. He’s upbraided fellow Indiana resident, now Vice President, the pious Mike Pence for being a “cheerleader for the porn star presidency.” Church-going Buttigieg rejects the fake holiness of the Religious Right, whom he sees as not walking the Jesus walk, in fact, being way off the New Testament path of love and forgiveness. It’s personal with Mayor Pete because he’s gay and feels the condemnation of the self-righteous Right, which as a group has been fierce in pushing public policy hostile to LGBTQ people. Buttigieg has another distinctive asset: he’s a veteran who served as an intelligence officer in Afghanistan, a member of the Navy Reserve. That detail stands in high contrast to “Cadet Bone Spurs” in the White House these days, who evaded the draft during the Vietnam War.

The New York Review of Books ran a long piece on Mayor Pete in the July 18 issue that whacks him hard a number of times. It’s ostensibly a book review by Caroline Fraser, but serves as an overview of him as a public figure. Fraser writes, “Buttigieg often approaches himself with a Spock-like detachment” in telling his story. She’s suspicious of his gold-plated resume and bristling ambition. Too good to be true, almost. Multi-lingual, piano player, always the smartest kid in class. I got the impression that she thinks he has not suffered enough to have earned the maturity to be the most powerful person in the world. Voters can take their own measure by reading his book and visiting the campaign website.

I was glad to see Mayor Pete push to the front of the line. We want younger people to step up and take leadership positions. President Kennedy in 1961 called for “the torch to be passed to a new generation.” Maybe we are there again.

In my next campaign post, I’ll say more about the Jill Lepore manifesto arguing for a new Americanism that is not toxic nationalism, a new and energized patriotism, and the memoir by the Obama speechwriter, David Litt. Writing about the Obama presidency, Litt gets serious when he says the Republican Party by 2009 had become not so much a partisan organization as a church with articles of political faith, which has made it nearly impossible for Democrats to collaborate with. The GOP now rejects the legitimacy of duly elected Democrats. A case in point was Sen. McConnell stealing a Supreme Court nomination from Pres. Obama in his second term.